What to see in Zadar in 1 day

First imagine walking through the alleys of a Roman town with white stone pavement and facades where old civilization and art meet small stores and quaint places. Then sit in a picturesque restaurant sea front to enjoy a fish dish, sipping a glass of white wine and a homemade ice cream.

Croatia where to go? Important to know that Zadar is a city on a human scale. In fact, you have to imagine a rectangular-shaped peninsula suspended over the Adriatic Sea. Particularly this stretch of land is rich in churches and archaeological sites and in about twenty minutes’ walk you can reach every point of the old town.

Croatia what to do in the morning in Zadar

For instance, already in the early morning hours the city is swarming with people. Namely people who live on the islands of Uglijan, Pasman and Dugi otok  come to the centre. Indeed, there are schoolchildren who go to school by catamaran, people who come to offices by ferry and others who go shopping. So follow the flow of pedestrians entering through the old city gates.

In fact, thick walls surround the old nucleus that for centuries have defended its inhabitants from external dangers. Clearly these walls date back to the 12th century and are part of the UNESCO world heritage. Right next to one of the gates you reach the ribarnica, the fish market. Similarly, here you will be surprised by a great variety of fresh fish, shells and crustaceans which reminds you of the deep relationship of the inhabitants of Zadar with the Adriatic Sea.

Secondly walk around the market square where ladies sell fruits and vegetables from their gardens. Generally, the colours of the goods, the extra virgin olive oil and the scent of sheep cheese stimulate the taste buds and invite you on a gourmet shopping spree. 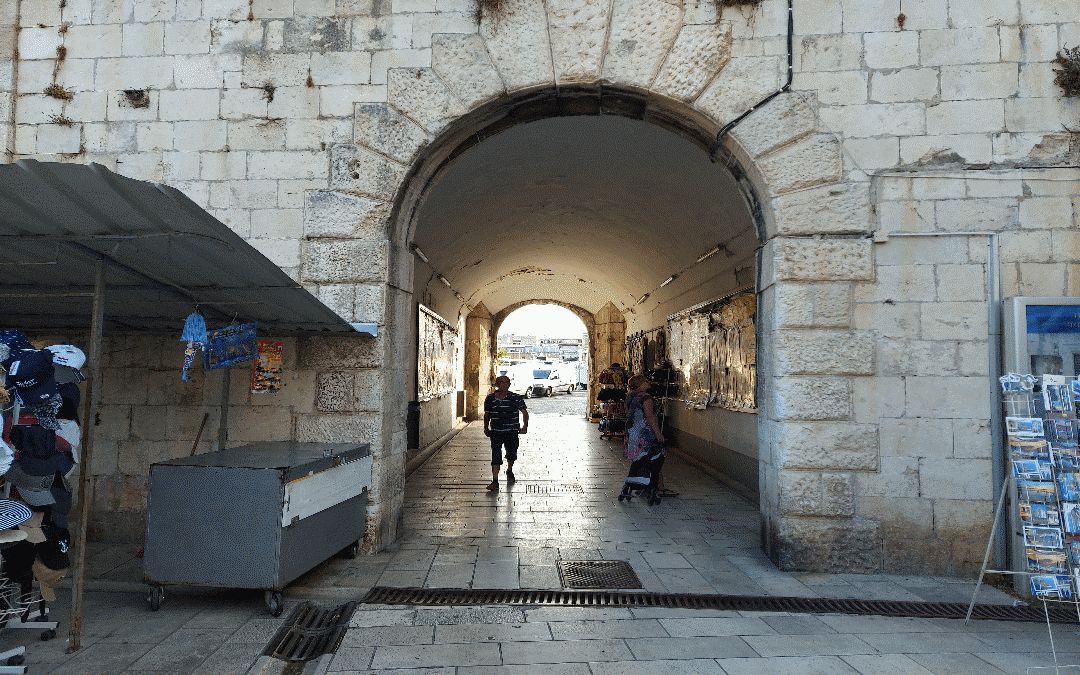 Croatia what to see before lunch in Zadar

Third head to the square of the five wells. Since this place is a bit hidden but remains full of charm because in the 16th century the Venetians built these wells for rainwater supply. Down here and in the adjacent park built on the ramparts of the city you can still clearly see the traces of the past and the incredible hydraulic work that allowed the people of Zadar to have access to the precious sweet water. 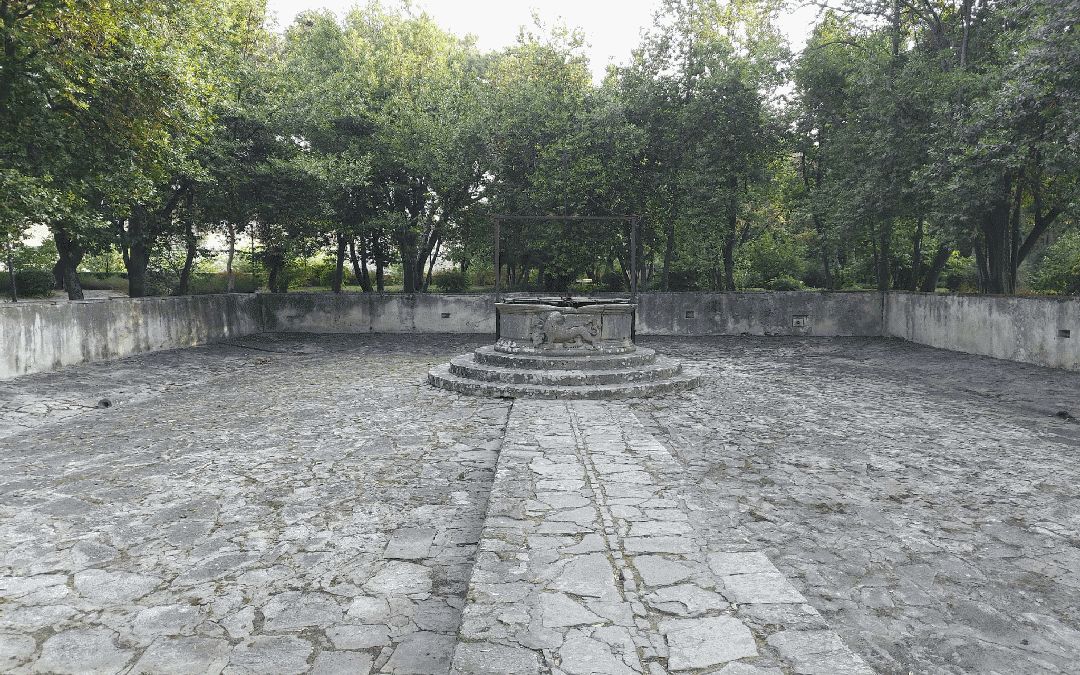 Further you will reach the natural harbour that the inhabitants of Zadar call Fosa. Yet this place which is now a municipal port for small boats remains one of our favourite places in the city. As we like to come here early when there are still few tourists to walk the promenade along the thick walls.

Just like we walk today we enjoy the peace of this place suspended in time.  Because the scent of saltiness fills our nostrils and puts us in a good mood as our thoughts take us to the sacrifices of the men who accomplished the feat of this construction.

Also, we notice the Winged Lion that symbolizes the city of Venice. It is located at the corner of the walls and on the door facing the Fosa port and reminds us of the rule of the Venetian Republic. 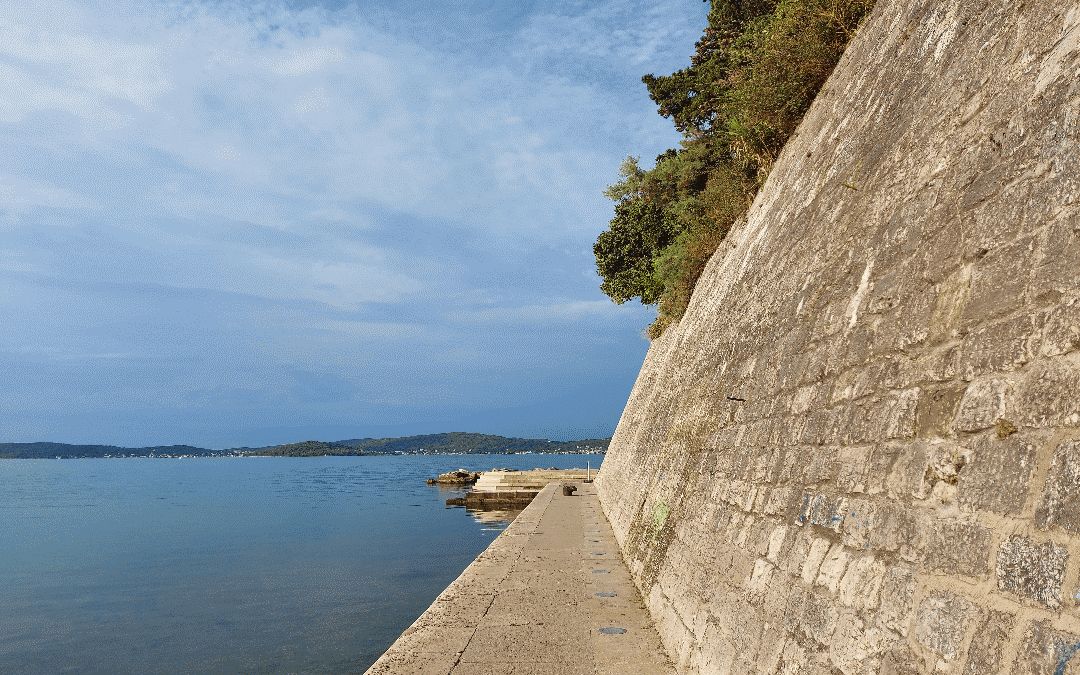 Croatia what to visit in Zadar in the afternoon

After lunch walk through the Kalelarga which is the main street of Zadar, which like all Roman cities has a rectangular shape and inside the perpendicular streets connect the doors.
Particularly this pedestrian street as well as being a fascinating place for its history and culture is the beating heart of the city at all hours.

Furthermore, you are in front of the church of St. Donat built in the 9th century and the adjacent Roman forum. Clearly this is the symbol of Zadar and is a must-see place. It is a centrally planned church and is the largest pre-Romanesque construction in Croatia. 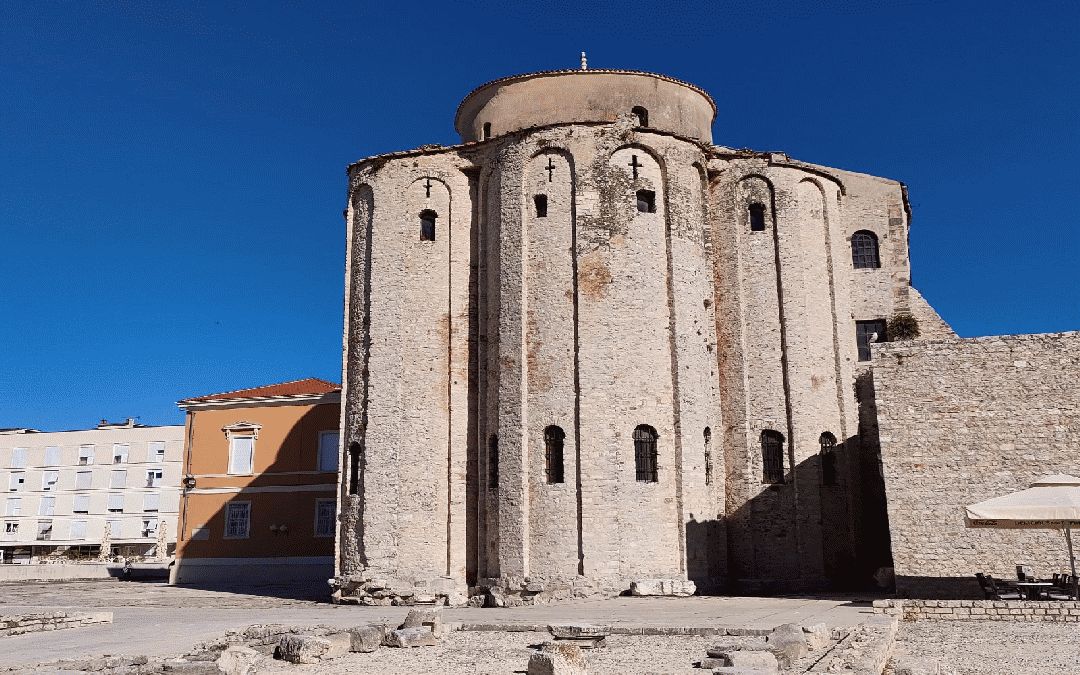 Croatia what to eat and do in the evening in Zadar

Finally go to the waterfront where the promenade is well maintained and stretches between flower beds on one side and the sea on the other. Hence here we come to the organ of the sea. In fact, it is an architectural work that translates the movement of the waves into sounds that resemble those of an organ. Basically, there are large steps made of light-coloured stone that descend to the sea where you can sit and relax listening to the melodies of the sea.
Undoubtedly an interesting and award-winning project at European level!

Additionally, when the sun goes down, everyone goes to the head of the pier to greet the sun. Admittedly from this point every evening you can enjoy a wonderful natural spectacle in which the sun dives into the Adriatic Sea on the horizon. In conclusion you are by the sea so eat fresh fish and have a good bottle of wine. Certainly, in the last few years the number of wine producers in Croatia has increased and some vines stand out producing really good products! 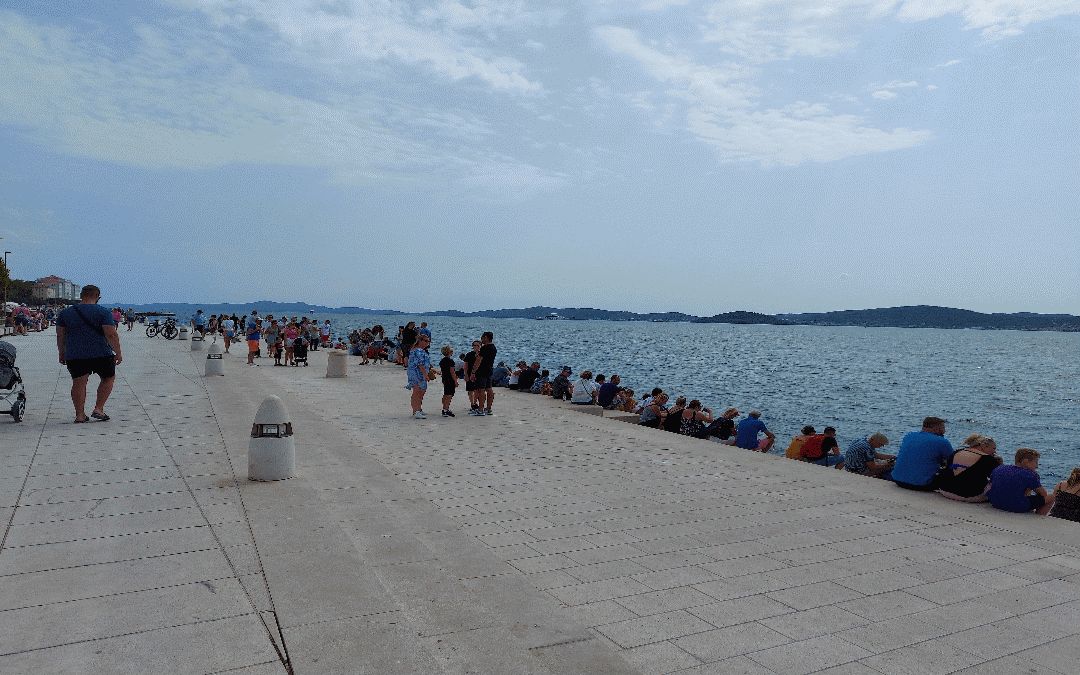 Undoubtedly in summer the city organizes numerous events for its inhabitants and tourists. Especially there are concerts in attractive outdoor locations and discos offer good music.
As a matter of fact, the city’s bars welcome the visitors offering a nice atmosphere to spend the summer evenings.
Zadar at night has a special charm because the churches and historical monuments are illuminated, creating charm and spectacle. 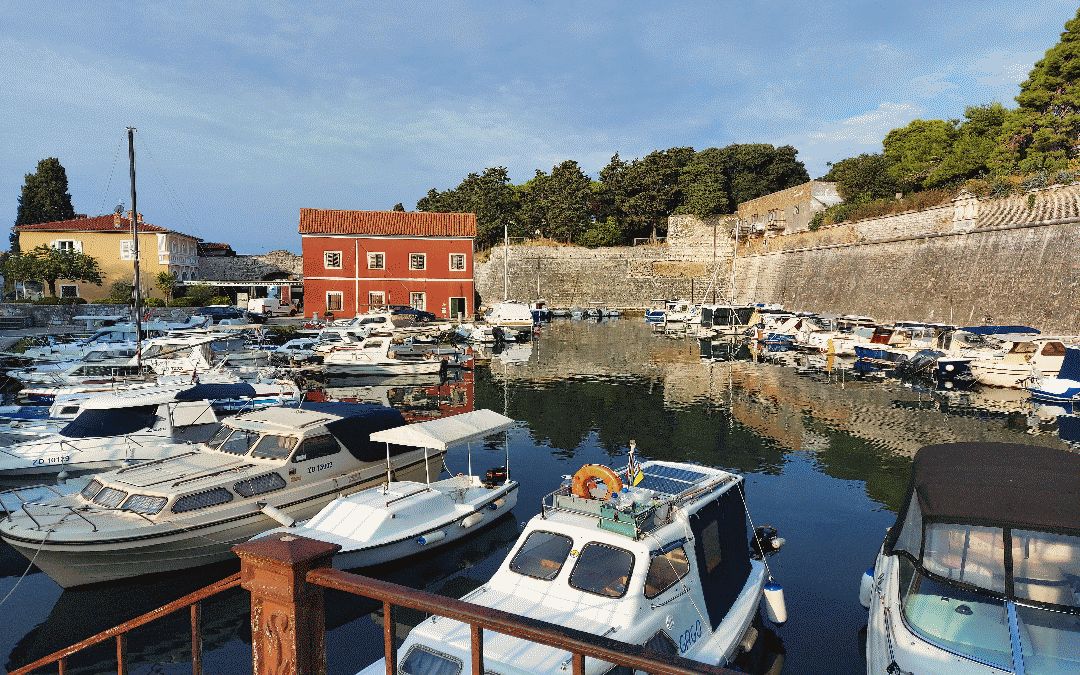 How to arrive to Zadar

First by plane: the city has an international airport that connects it to many European destinations, even with low-cost flights.
Secondly by ship: Zadar is connected to the islands and Italy with clean and punctual ferries.

Thirdly by bus: the road network in Croatia is very good and there are several bus lines that connect Zadar with many European cities and good connections on the islands. 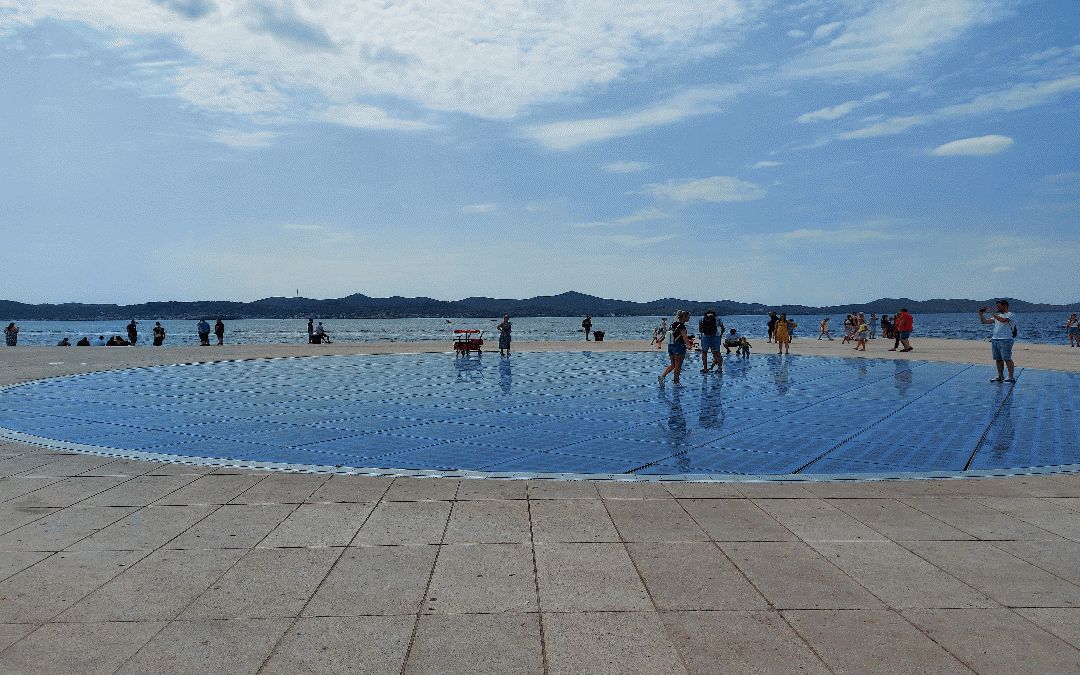 What to buy in Zadar

First there are many souvenir stores where you can find hand painted stones, spices, extra virgin olive oil, dried figs, sheep cheese. Next there are painters who paint details of the sea, fish, olive trees and typical houses. You can find the exhibition of paintings in the streets of the old town.
Last in Kalelarga and the adjacent streets there are fashionable boutiques as well as ice cream shops and cafes where you can sit and eat ice cream and drink coffee while watching people walk by.
Finally stop at the fish and vegetable market.

To conclude in the centre there are accommodations for all budgets. As a consequence, they range from historic and luxury hotels with beautiful sea views, to apartments and rooms. There are really many possibilities and on the main search engines you can find many bargains. 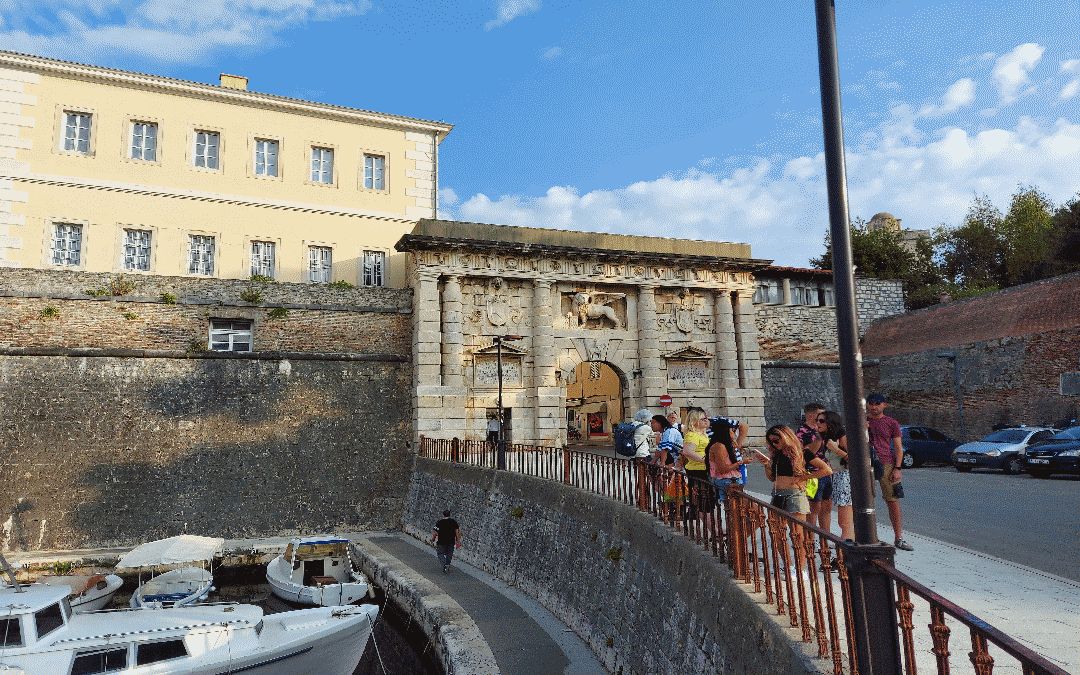 Tourist office of Zadar
Tourist board of Zadar

Also remember that in summer every morning from the port in the centre there are excursions by boats and catamarans to the islands of the archipelago.
In fact, yachts, luxury and modernity are intertwined with historical elements of the past that give the city that magical touch.
However, consider a stay on one of best island in Croatia, Dugi otok which is the outermost of the archipelago and from where you can visit the Kornati National Park.
Gorgonia apartments in Croatia are a good starting point for discovering the area and for your holidays. 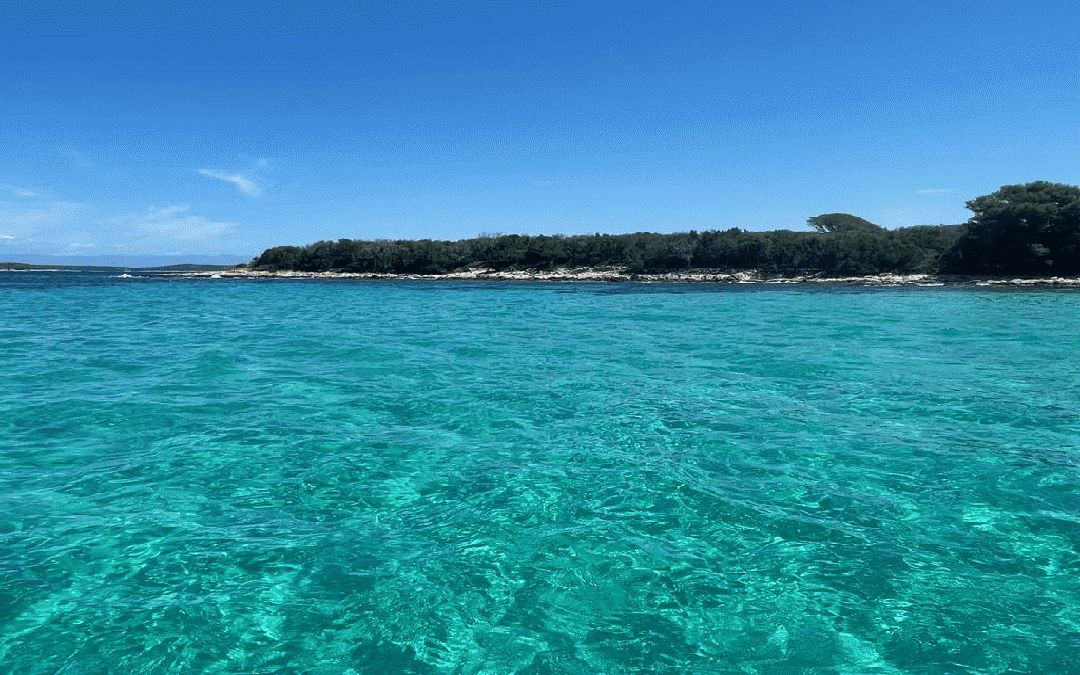