At the present time wild sage and rosemary grow by the edges of the paved road while dusty paths lead into the hidden coves of Dugi otok island. In fact this isle is the farthest from the city of Zadar and Croatia’s Adriatic coast. Above all the blue waters are so transparent that you can see marine life swimming in the sea. Especially the villages of the island seem to be blissfully asleep on these beautiful shores, with stone houses that seem to have remained unchanged over the centuries. But these peaceful places hide military secrets of the past times.

Henceforth today we would like to take you underwater and more precisely into the underwater bunkers of the Croatian islands. Particularly they are adventurous places that hark back to a turbulent period in history. 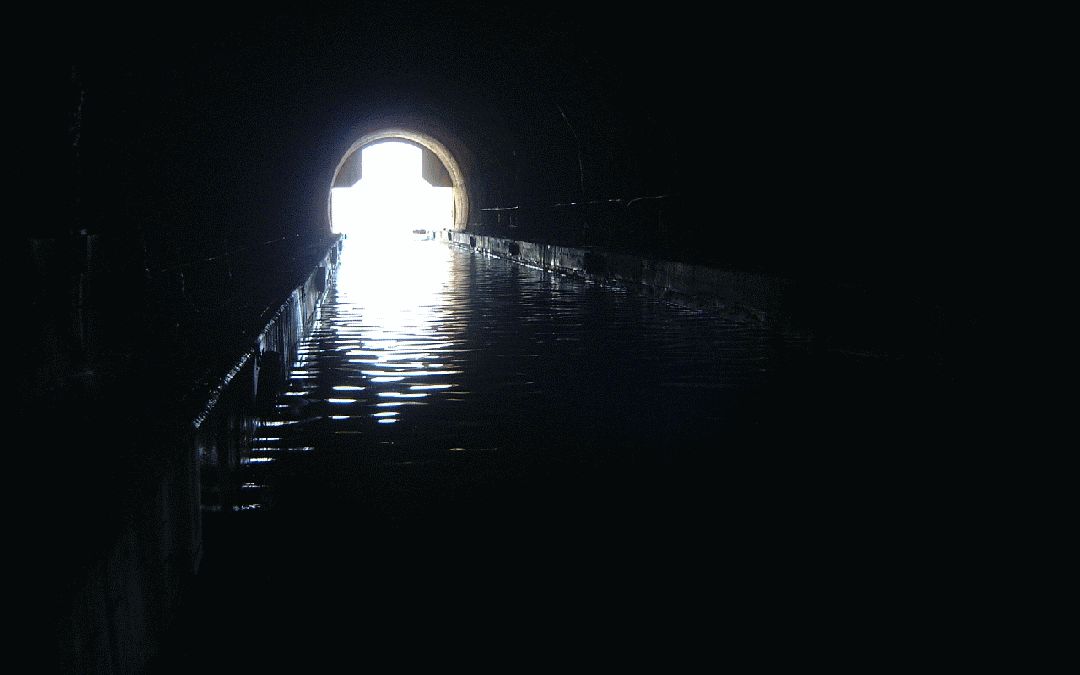 In effect the Yugoslav army dug secret tunnels to moor its submarines. Indeed these places today have become an attraction for tourists. Significantly there are many who come to the islands of Croatia to swim in the tunnels. Surprisingly there are also the brave ones who like to climb to the top and perform crazy jumps.

To point out military bunkers and other traces of Yugoslavia’s military past are on some of islands of Croatia including Dugi otok and Vis. Expressly the island of Vis because it is located in the middle of the Adriatic and therefore for many years was isolated from the world. Here there are 20 km of underground tunnels.

On the other side Dugi otok instead is a strategic point. To begin with the name of the island that literally means “long island” because it is 60 kilometers long but very narrow, for example in the center it measures only two kilometers. Moreover the island is the most external of the archipelago and is only sixty nautical miles from Italy. 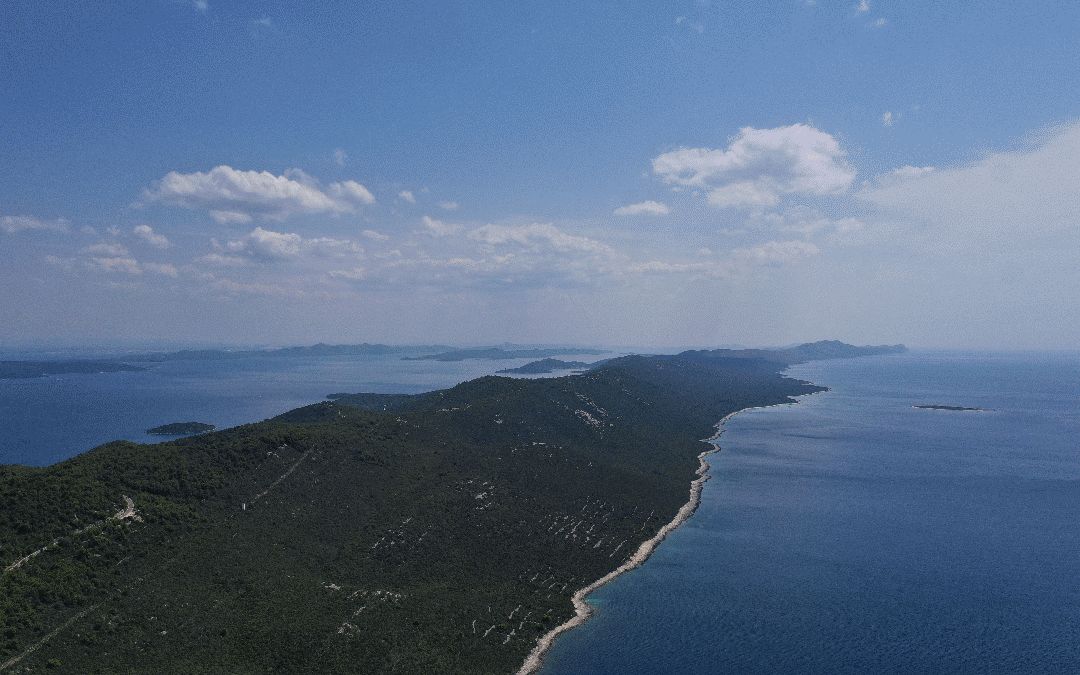 Meanwhile the island of Dugi otok is surrounded by a transparent sea with all shades of blue and is a perfect place for vacations in Croatia. Like all islands in Croatia it was dominated by different people and civilizations and each of them has left traces in the language, customs and gastronomy of its people.

Further the leader of the Yugoslav resistance movement turned Vis and some of the Croatian islands into naval bases for the Yugoslav Army.  Another key point is that many islands have interesting caves and coves that provide perfect and strategic hiding places.

With this in mind Dugi otok has three submarine bunkers dug in the rock, precisely two in the village of Dragove and one in the beautiful village Bozava. While times have fortunately changed and today these places are very popular to sailors who seek shelter from the sun on hot summer days. 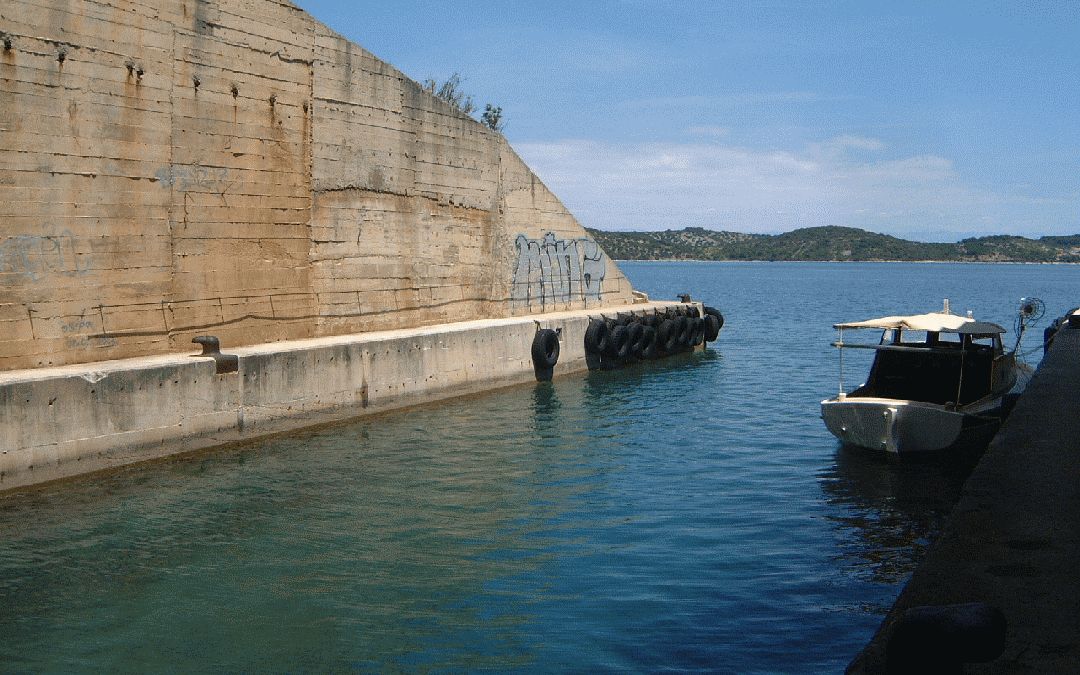 As you approach Dugi otok’s bunkers they are perfectly hidden from land. So that there is no perception that the island undergoes such an excavation. For example take the submarine tunnel near the village of Bozava. Comparatively this is located in an uninhabited bay. Corrispondingly at its entrance you have a sidewalk on both sides. Identically an iron handrail follows the entire length of the tunnel.

Likewise the submarine bunker ends with a straight wall perpendicular to the sea. Also a fresh water fountain penetrates from one side and since water is a rarity in Dugi otok some inhabitants use to come here to fill a few bottles. Of course we imagine that also the soldiers who stayed in this place did so.

Alongside the bunker a tunnel suddenly opens up leading to the cells where the soldiers kept their weapons and ammunition. 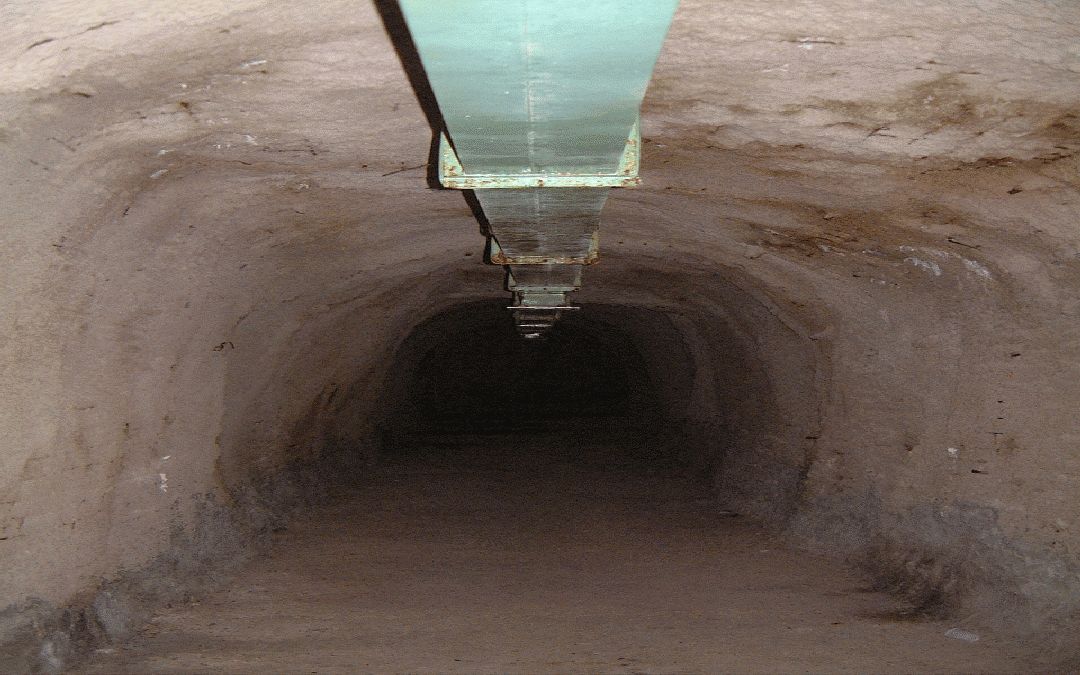 Then the Yugoslav Navy left all of Croatia’s island bases when the country declared independence. Overall these places that for years gave home to soldier men and their lives have become places of attraction for other men, tourists with their own curiosities.

Ultimately the wish for adventure drives kids and whole families to visit these bunkers. All in all there are foreign tourist agencies that offer cruises and visits inside them. Until now holidaymakers reach the islands of Croatia driven by curiosity to experience the thrill of life as a soldier.

After all tourism is the mainstay of the economy of the Croatian islands and these testimonies of the past contribute to it by becoming a tourist attraction.

To summarize the Bozava tunnel in Dugi otok is called “Zagračina” and its geographical coordinates are as follows: Latitude 44.151841 and Longitude 14.88991. On the whole the bunker is long and almost ten meters deep.

As a result like the other two tunnels of Dugi otok it faces the channel where the sea is protected. Because in the seventies during the Cold War these places were the border between communist Europe against capitalist western Europe.

Given these points this tunnel with moorings provided accommodation for submarines that would be ready to take off in case of war.

All things considered if you are curious to visit these bunkers of Croatia you can stay in a seafront apartment in Dugi otok. HERE you will find information.
Information on how to get to Dugi otok HERE. 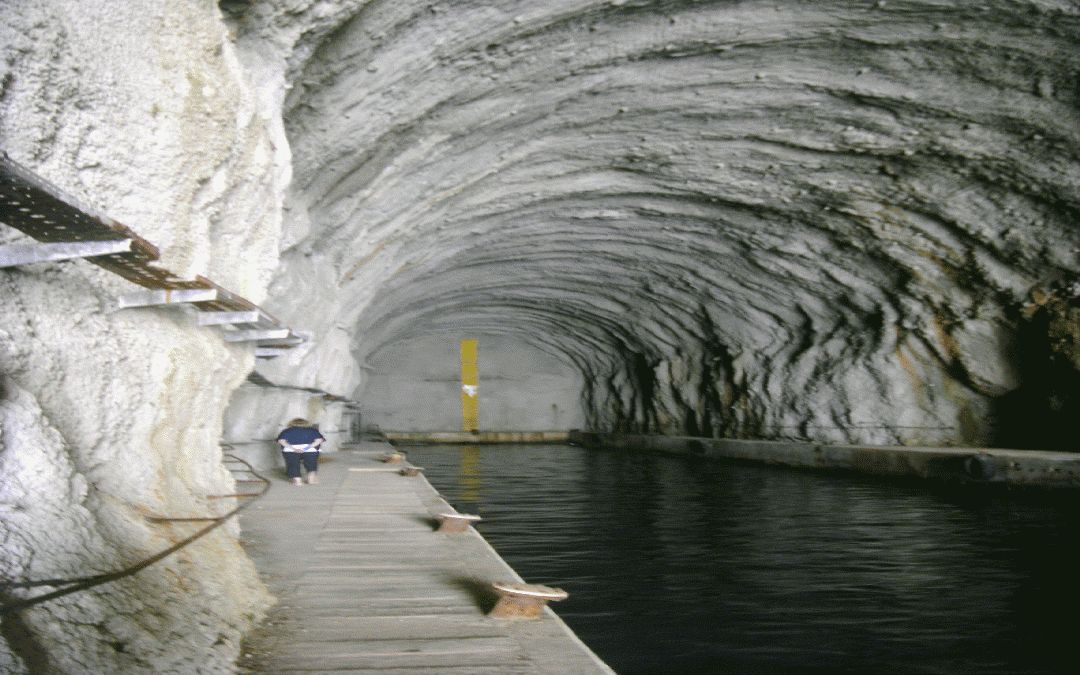