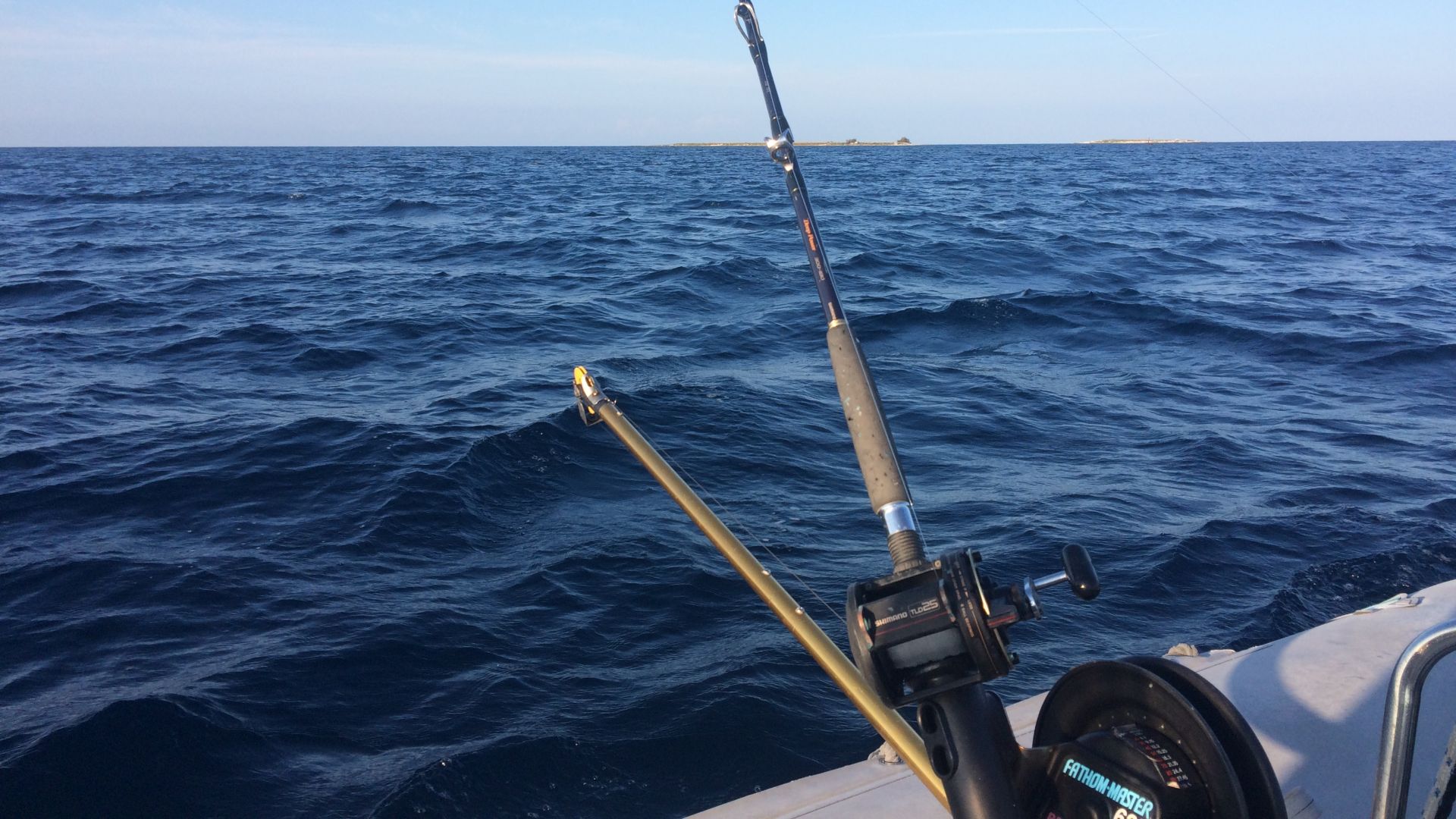 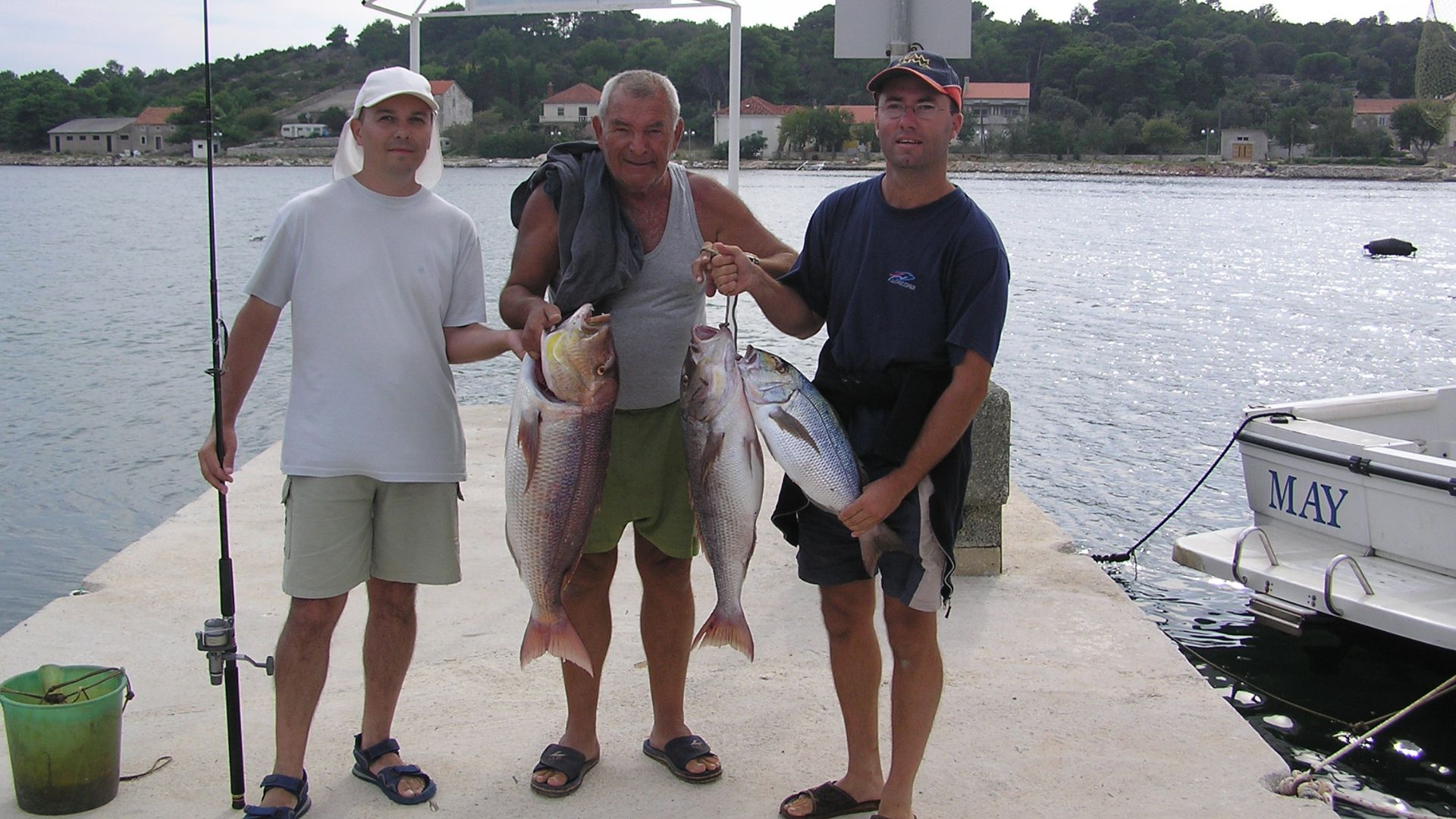 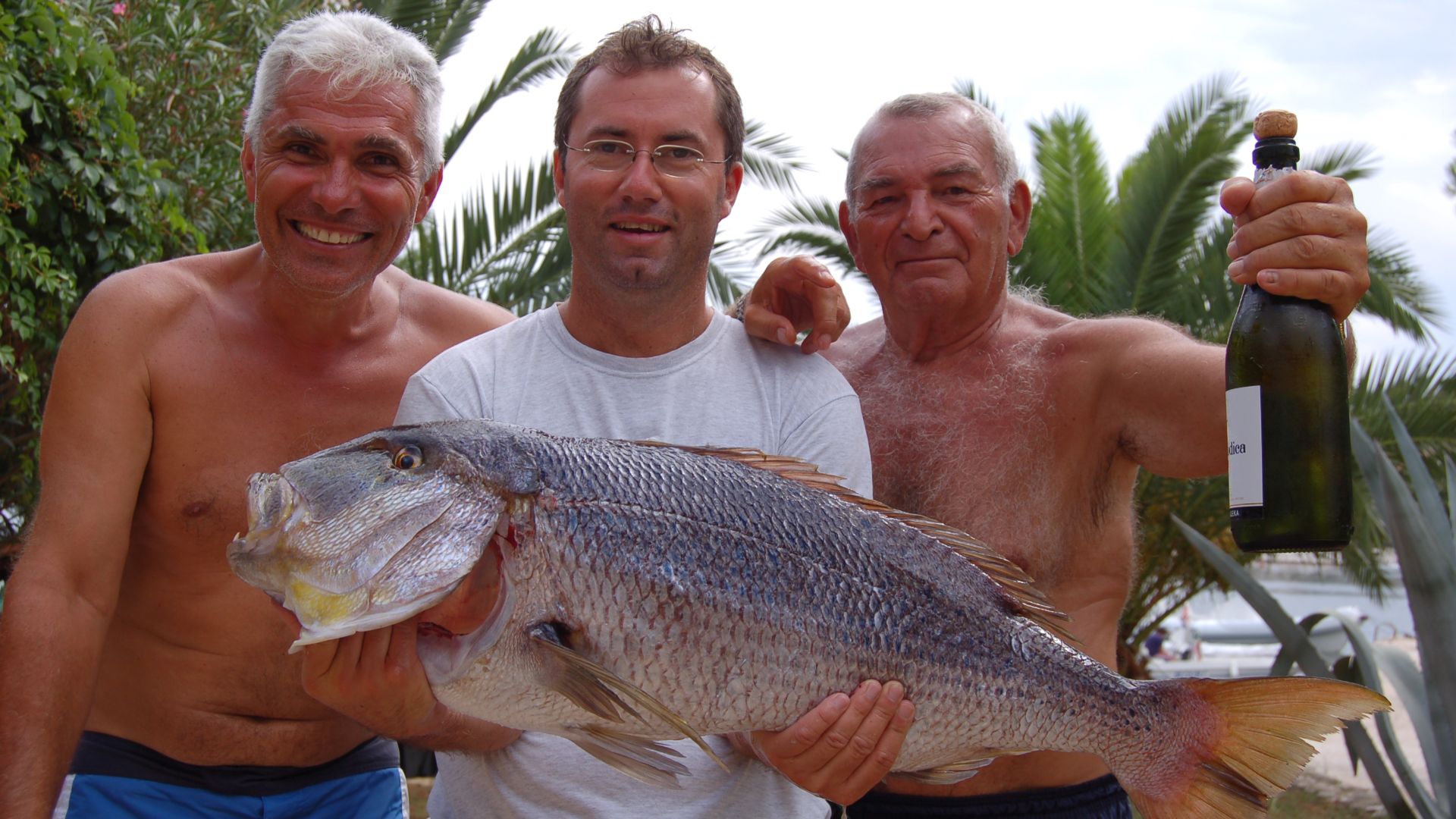 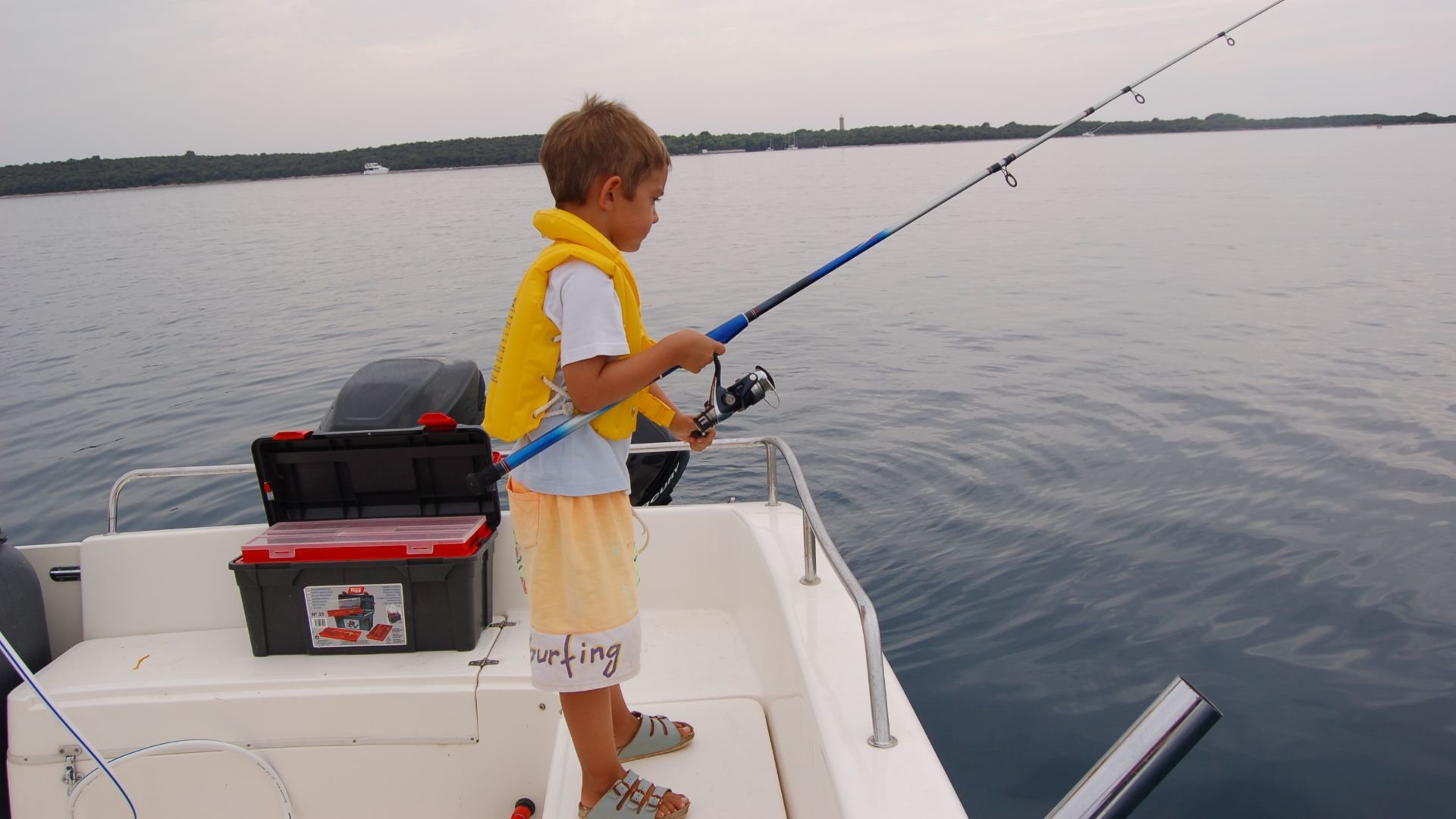 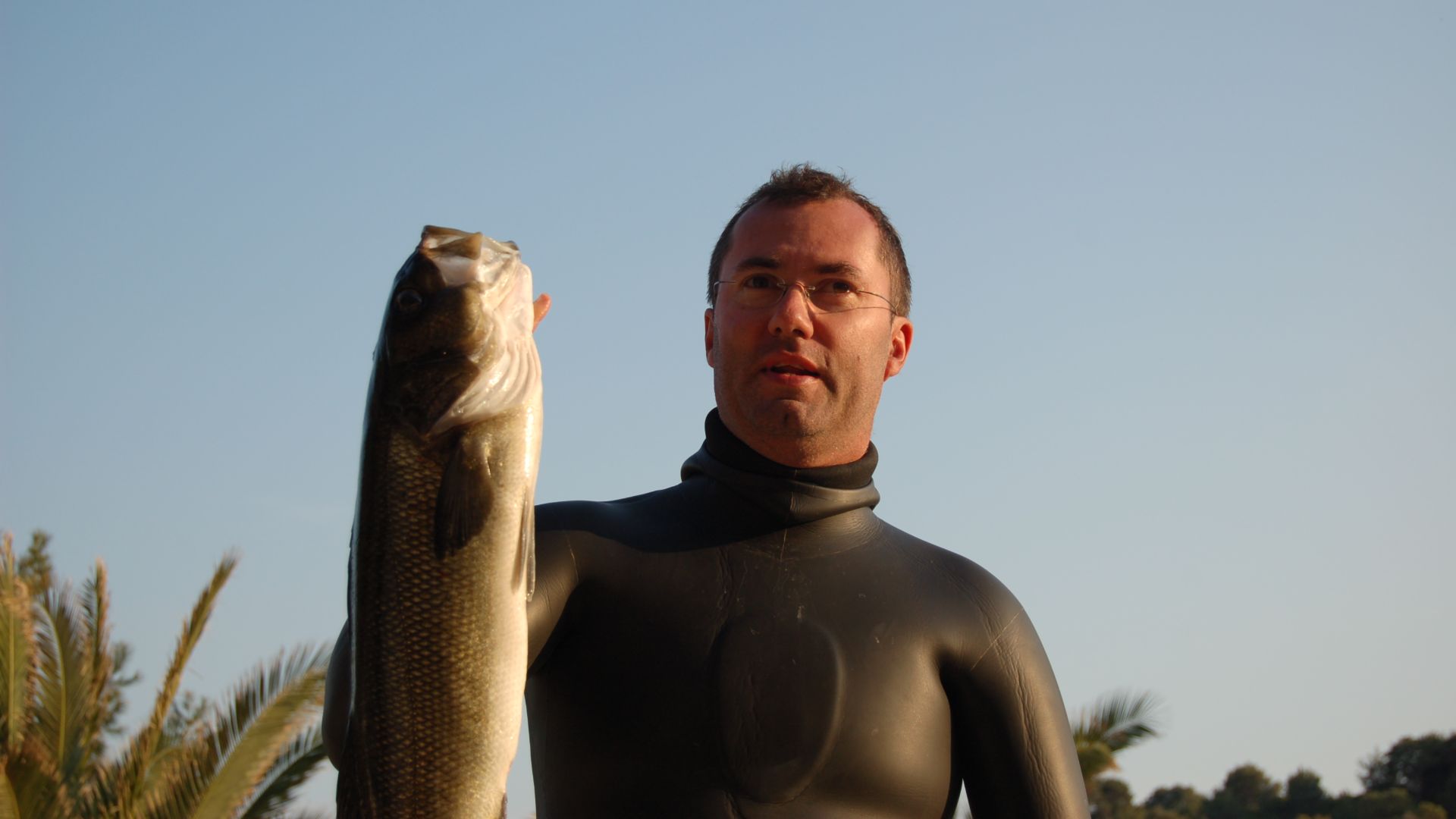 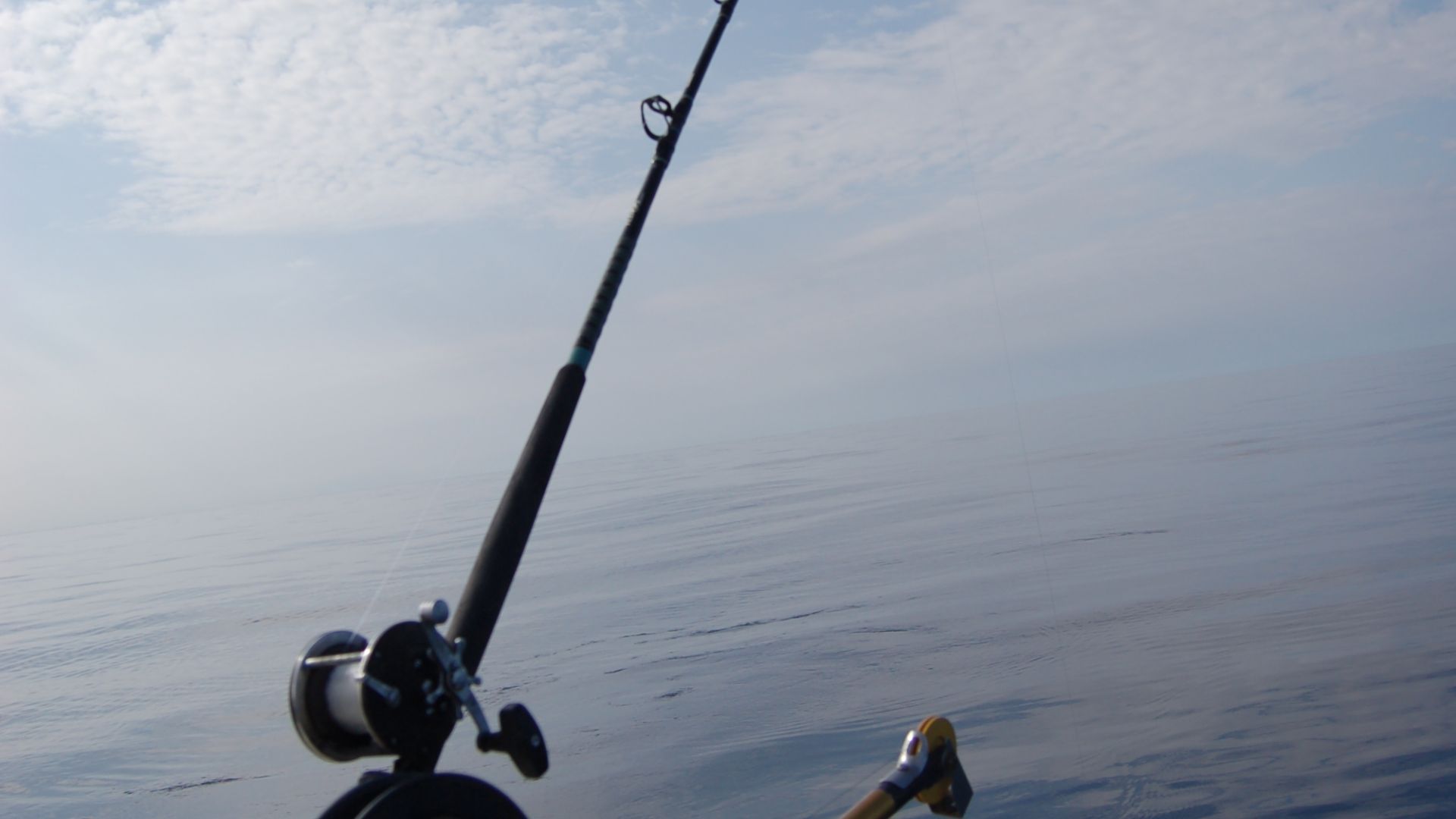 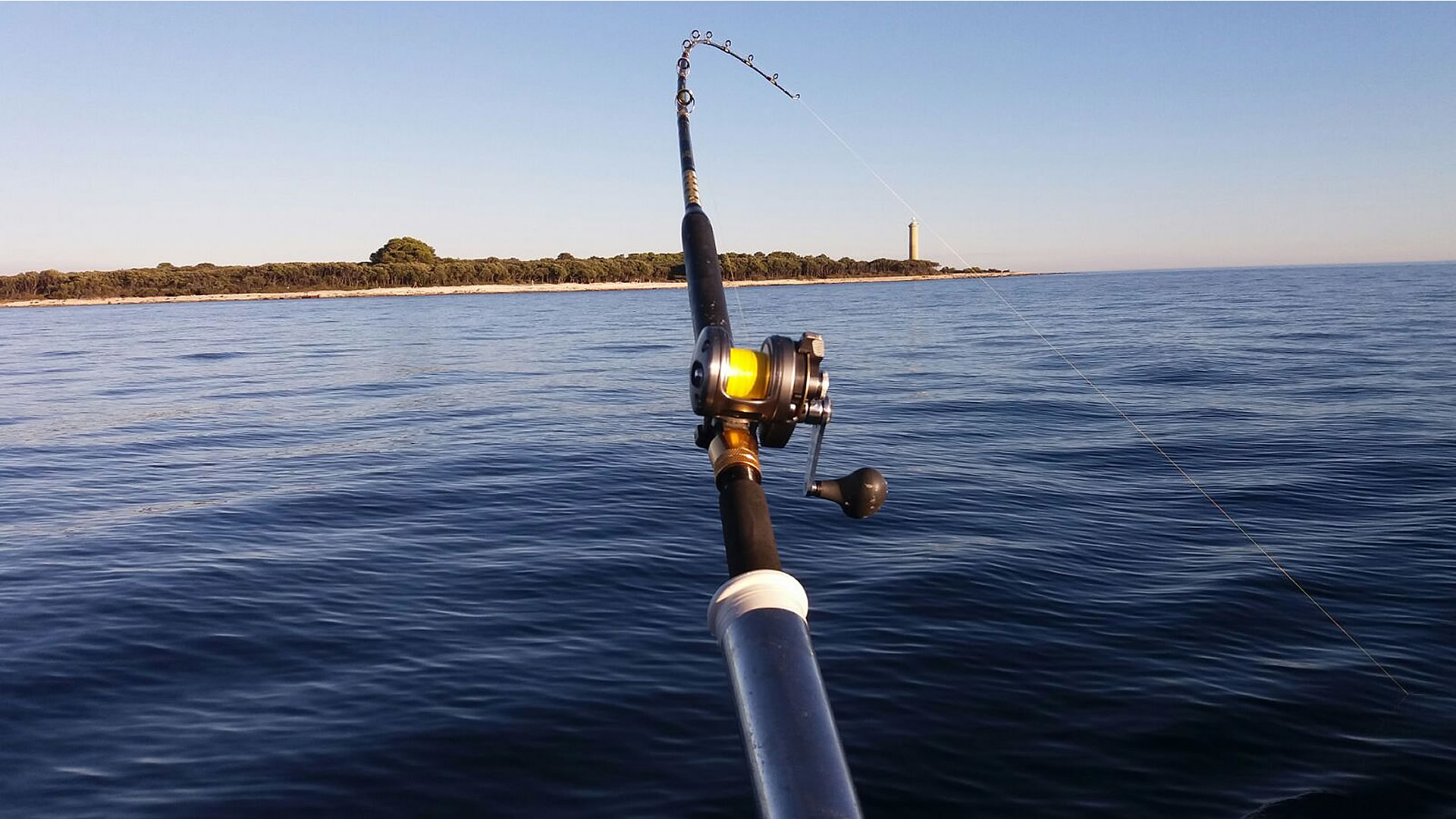 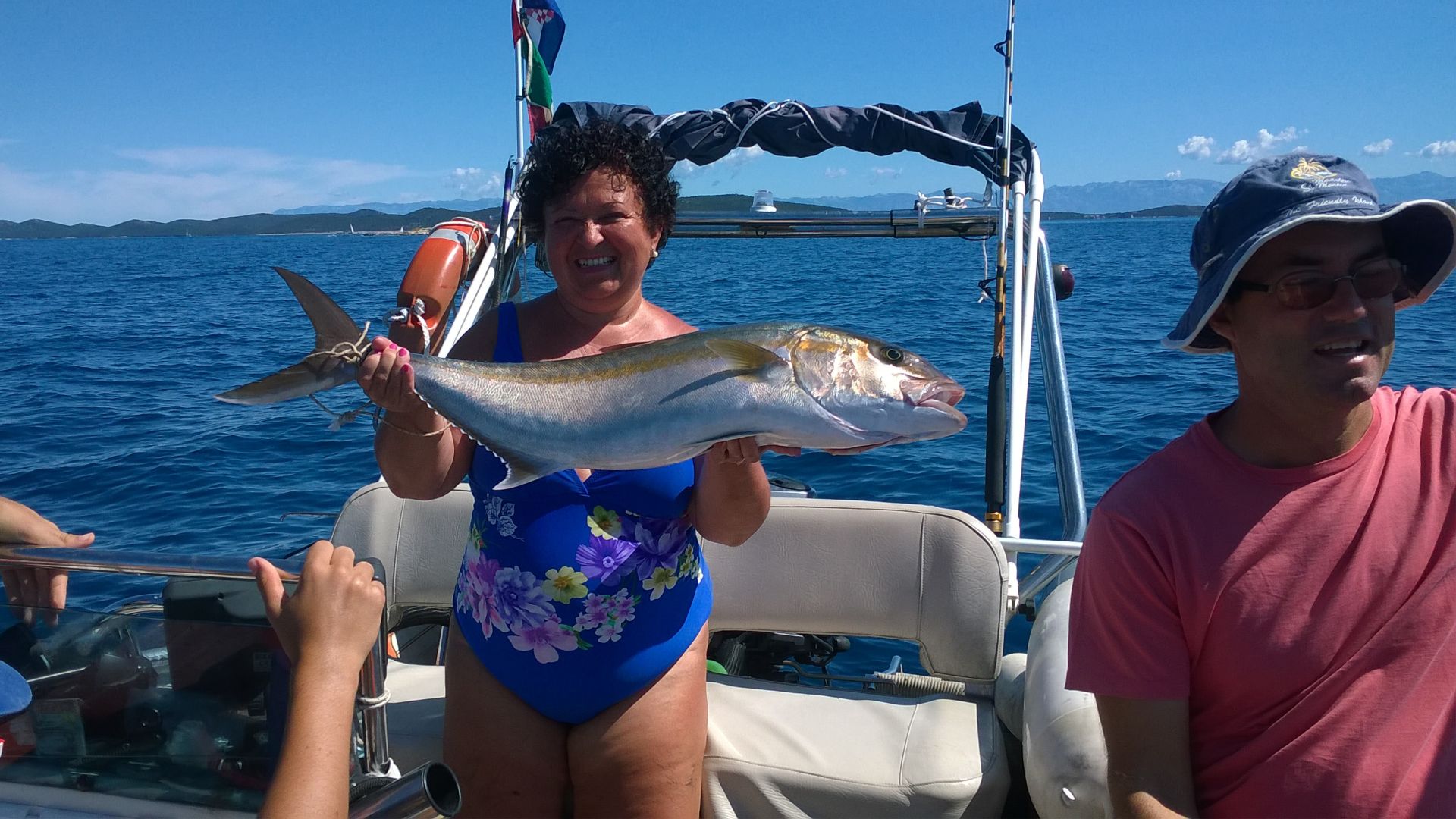 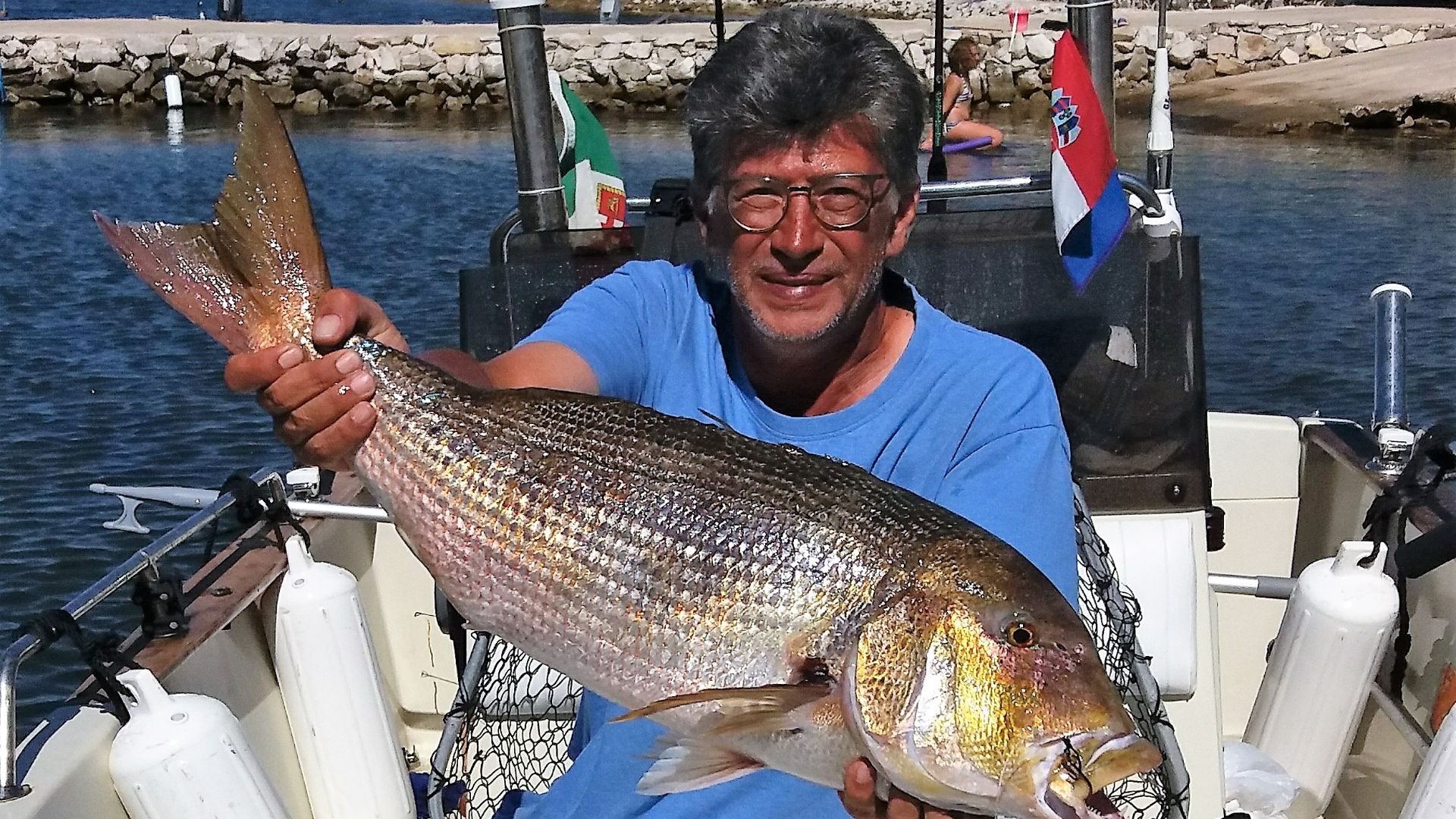 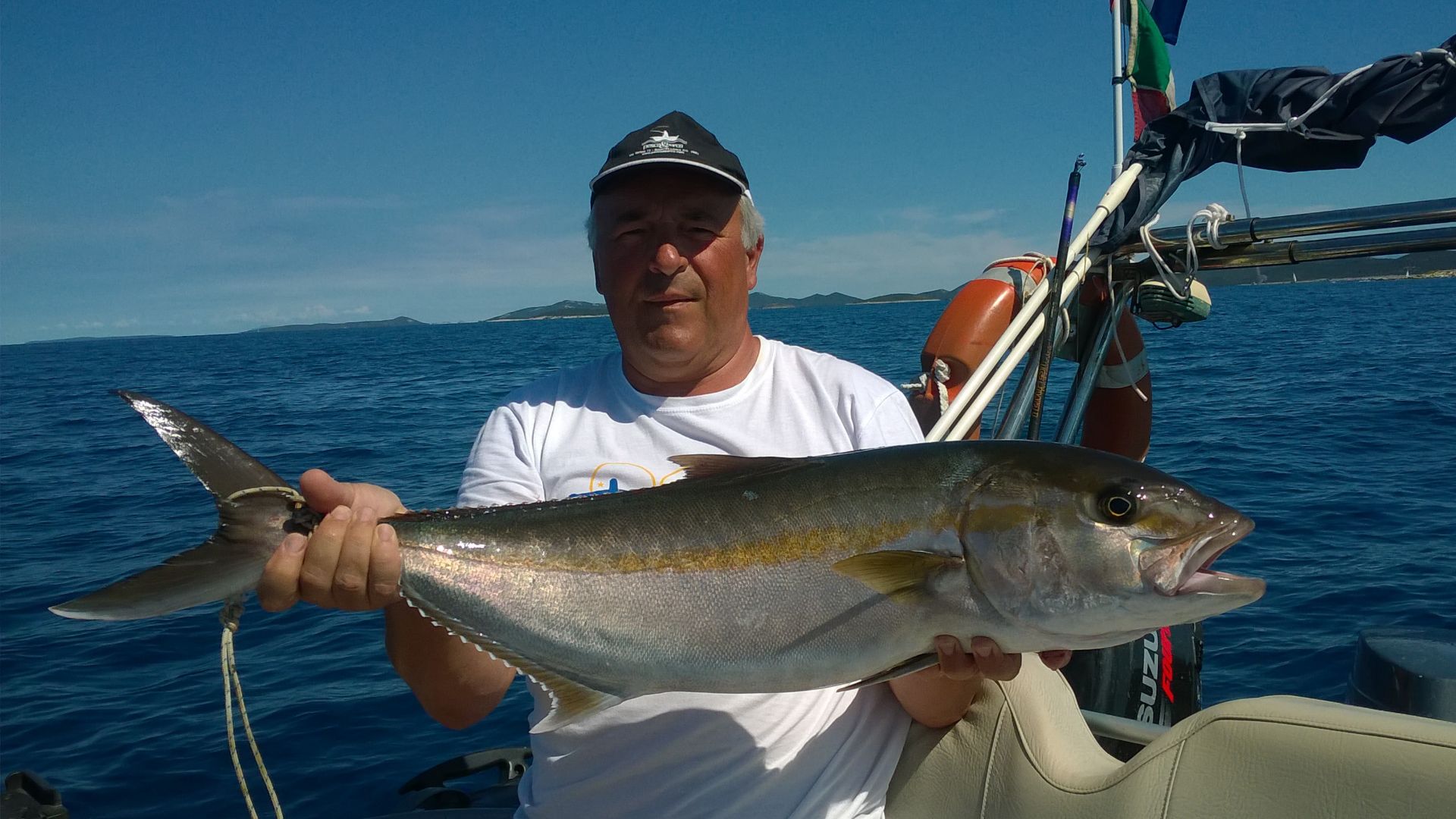 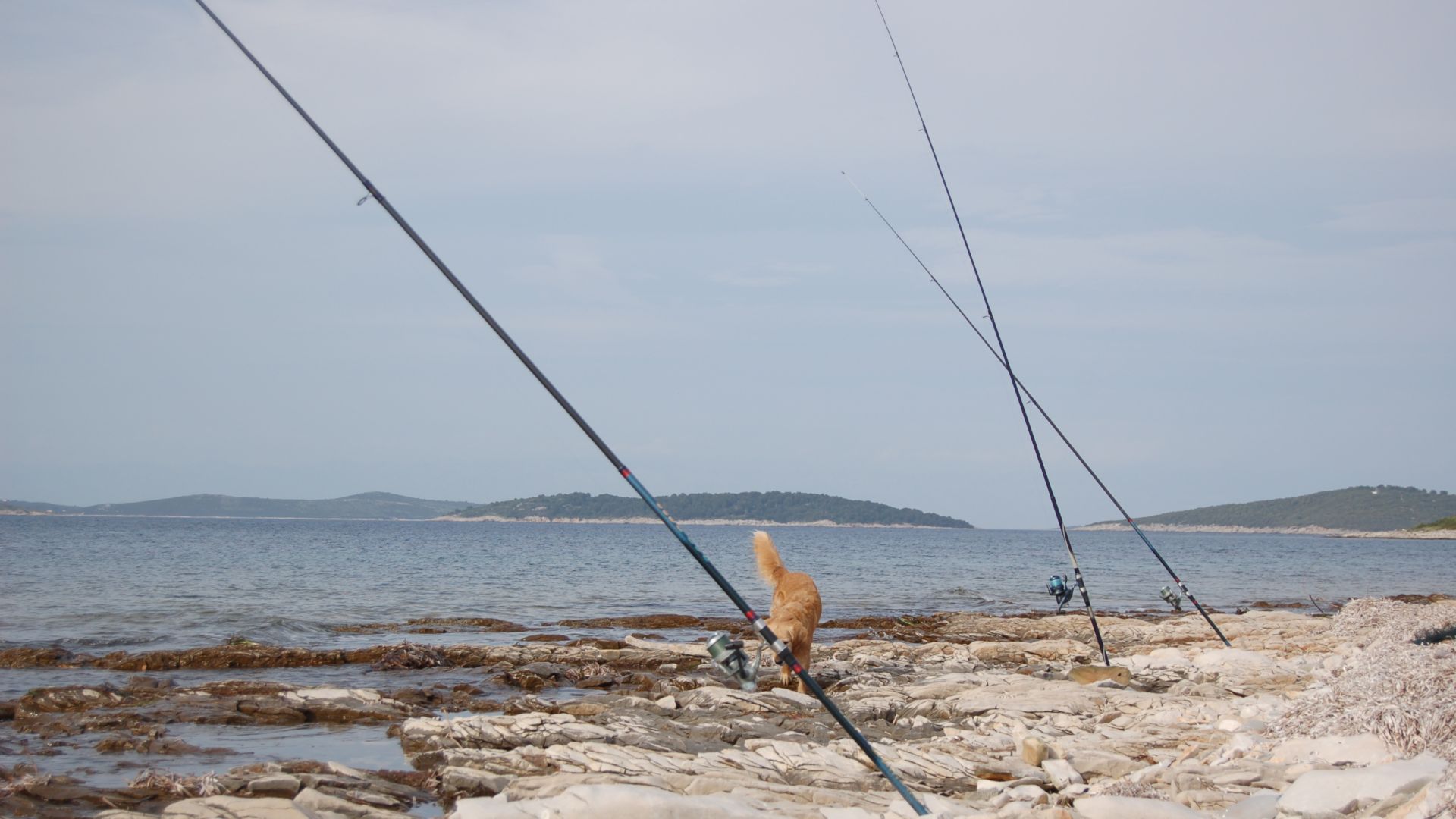 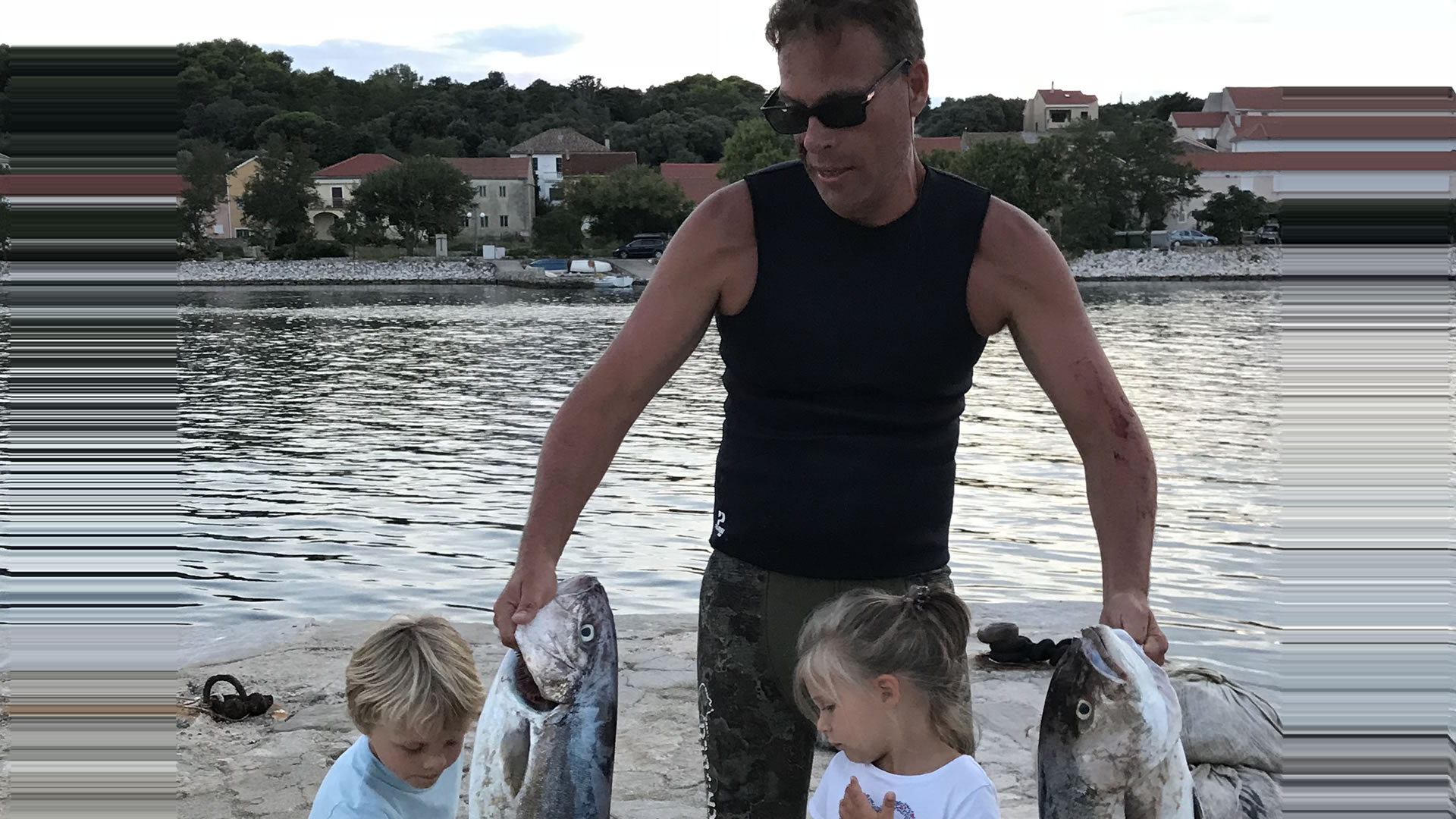 Why angling in Dugi otok

In the first place because the island is in the middle of the Adriatic Sea and there are 60 miles of open sea stretching all the way to the Italian coast. Moreover it is a paradise because you can see turtles, dolphins and tunas jumping.
In addition, Dugi otok is still not very touristy and unknown to many, which makes it a truly peaceful place. As a matter of fact there are only a few small fishing villages and outside the summer months it remains an enchanted place suspended in time and history. In particular, one has the impression of being in a parallel world of nature and silence.

Where to fish in Dugi otok

Second the plants of the Mediterranean take over and perfume the coastline as it gently descends into the Adriatic. Similarly, the seabed has cracks and fissures, while sand and rock vary constantly. While this creates the perfect habitat for many species of fish.
At the same time the south of Dugi otok has fascinating cliffs overlooking the sea that form part of the Telascica Nature Park, while in the north, bays and spectacular coves dip gently into the sea.

Third important factor for a fishing destination is the climate. Indeed, on Dugi otok it is fantastic because the sun shines almost all year round and there is little precipitation. Futhermore, the temperature is so mild that you can swim in a sea of many shades of blue from May to October.

Where to buy the licence

Equally important, you need to know that to fish in Croatia you need a fishing permit. As a result, regardless of the type of fishing you practice, you must buy your licence online or at a fishing club.
With attention you must distinguish between two types of licences. To clarify there is the recreational and the sport permit, which is suitable for spearfishing in Croatia.

For instance it is necessary to determine the duration of the licence, which varies from one, three and seven days. But for those who plan to fish for more than three weeks, it is best to have an annual permit, which is only buyable just till end of February.

Of corse you buy the licence online at the ministry’s website.
However if there are any difficulties, we will gladly help you buying it.
Take note that you need to purchase the fishing licence at least one day before use.

Surely we have been fishing enthusiasts for generations. In general we practice all types of angling from spearfishing to tuna fishing. Here a few tips on the subject
in the Croatia fishing blog.
In effect the Rimini worm is a bait that is very popular to fish. Fot this reason we can help get it. Additionally we also give suggestions regarding living baits for trolling.

Travelling to the island

In order to come to the island there are low cost flights such as Easyjet and Ryanair  from UK to Zadar.
While the Jadrolinija ferry drives at least twice a day between the city of Zadar and Dugi otok, taking only 90 minutes to cross. As a matter of fact the route is cheap.
Of course we can organise a shuttle service for guests arriving by plane from Zadar and Split airports.
Notably we provide an equipped fishing boat and fishing rods upon request.

Finally we leave you with sea fishing in Croatia blog.