Diving research on the island of Dugi otok

Text and pictures are courtesy of Udruga Sunce Split.

In September 2020, divers from Sunce Association stayed in the northern part of Dugi otok in the village Verunić. The reason for their visit was to explore the seabed of the islands of Veliki and Mali Lagan. On that occasion they stayed at the Gorgonia Apartments & Suites which, in addition to accommodation, provided good food and logistic support related to the dinghy mooring in front of the house and the filling of scuba tanks, offering a warm and friendly atmosphere. 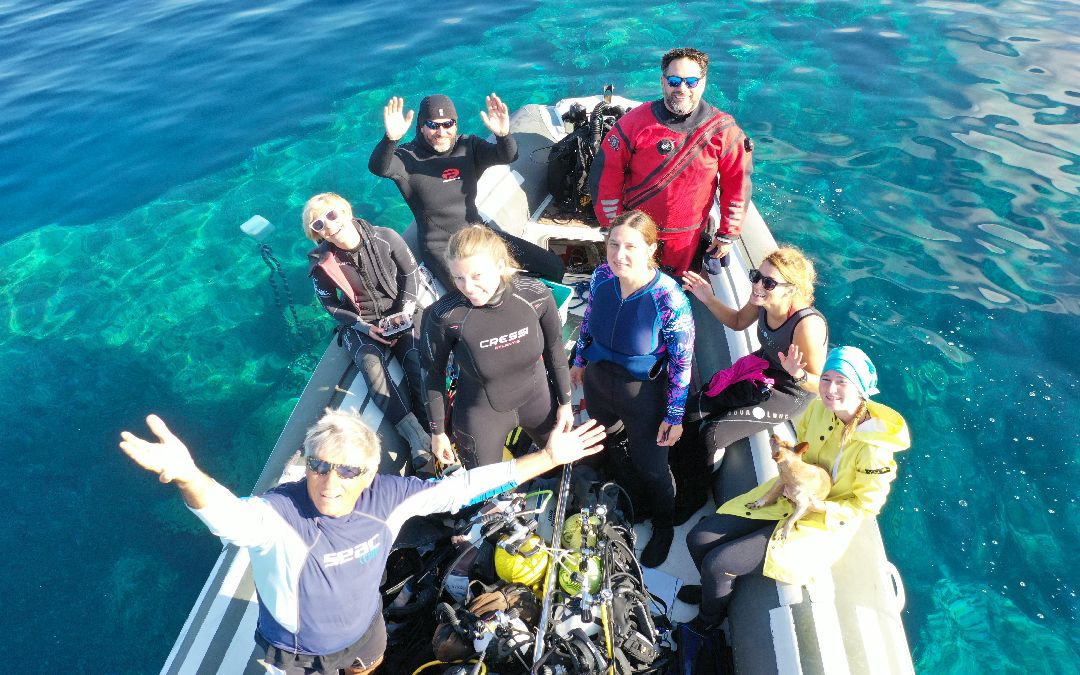 The Association for Nature, Environment and Sustainable Development Sunce was founded in 1998 as a non-governmental, non-partisan and non-profit organization that, in addition to members and volunteers, also has a team of employees consisting of experts from various fields. An association with the common goal of preserving nature and the environment, as fundamental values of a society where management is addressed through the application of the determinants of sustainable development. Today Sunce is one of the leading organizations for the protection of nature and environment in Croatia, which bases its activities on current scientific indicators and examples of good practice, expertise and many years of experience. 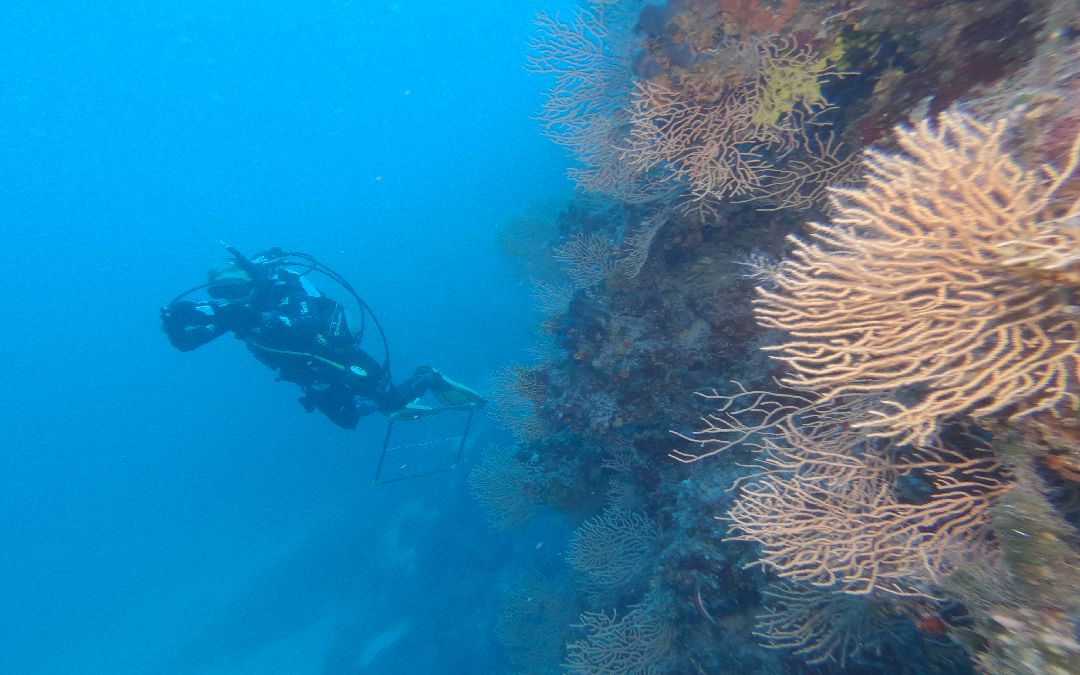 The ADRIREEF project (Interreg Italy – Croatia) aims to examine the potential of coral reefs (natural and artificial) in the Adriatic Sea in order to strengthen the blue economy. The term “blue economy” refers to the sustainable use of marine resources for economic development, improvement of life and creation of additional jobs while preserving the health of marine ecosystems. As part of this project, Sunce worked to assess the condition of coral communities in order to protect them.
The amount of fishing gear such as nets, ropes, etc. lost in these territories called “ghost fishing” has been calculated and highlighted. 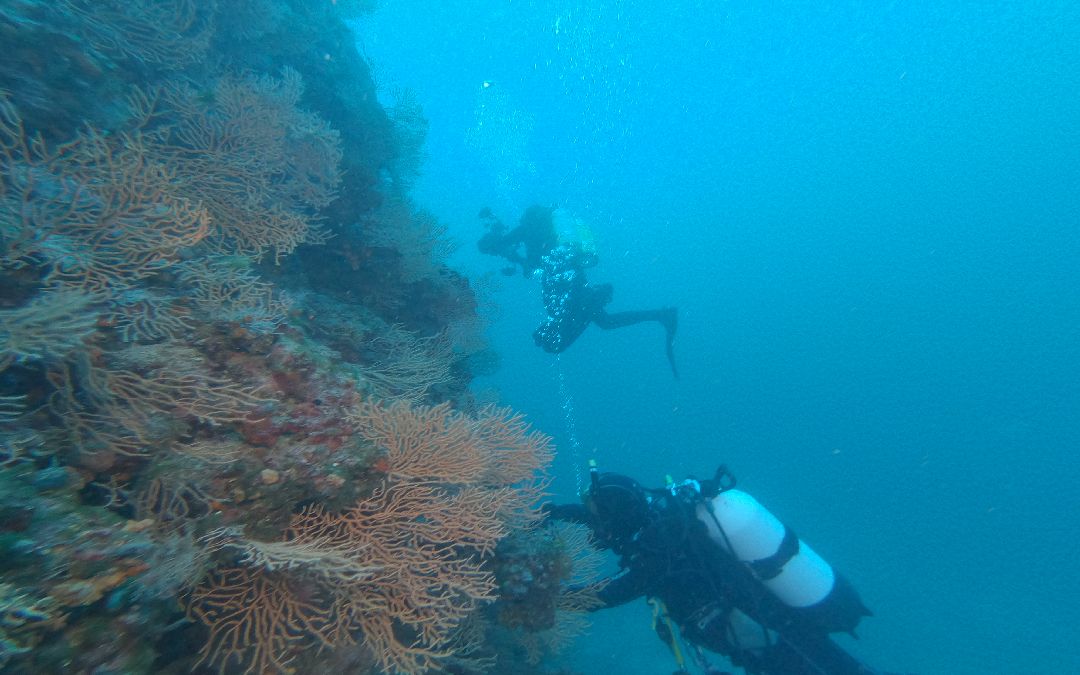 Searching for wrecks in Dugi otok

An artificial reef is a man made formation that is intentionally or accidentally left in the sea and after a certain period of time becomes a habitat for various marine species. In this case, it is the Italian cargo wreck “Michele”, which ran aground north of Veli Rat lighthouse in May 1983. Although because of its shallow water it is very popular among tourists, the divers of the Sunce Association found it more interesting to observe what species live inside and between the walls.
However, as interesting as it is to see an artificial reef, there is no comparison with natural ones. So, after several dives, the search moved to the area of the islands of Veliki and Mali Lagan. Although the area between the two islands noth Dugi otok is rather shallow, on the outer, western side, the backdrop sinks to a depth of over 40 m. In this area there are beautiful branching gorgonians. Although they are in hard reachable places (below 35 m), they are also endangered by human activity.

Fishing in these areas is extremely harmful for several reasons. Aside from the fact that pulling fishing gear damages and breaks the “branches” of the gorgonians, a large number of fishing gear ends up below the surface of the sea. In this way all species on the reefs are covered and broken, and the tools that are lost fall into the depths and continue to hunt and harm.

The activities of the Sunce Association are based on current scientific indicators and examples of good practice: expertise and many years of experience in the field of nature and environmental protection, all with the aim of preserving biodiversity. Exploring the seabed of Dugi otok, especially its northern part, offers a beautiful example of a diverse landscape, which must be preserved for all of us, and especially for our future generations. 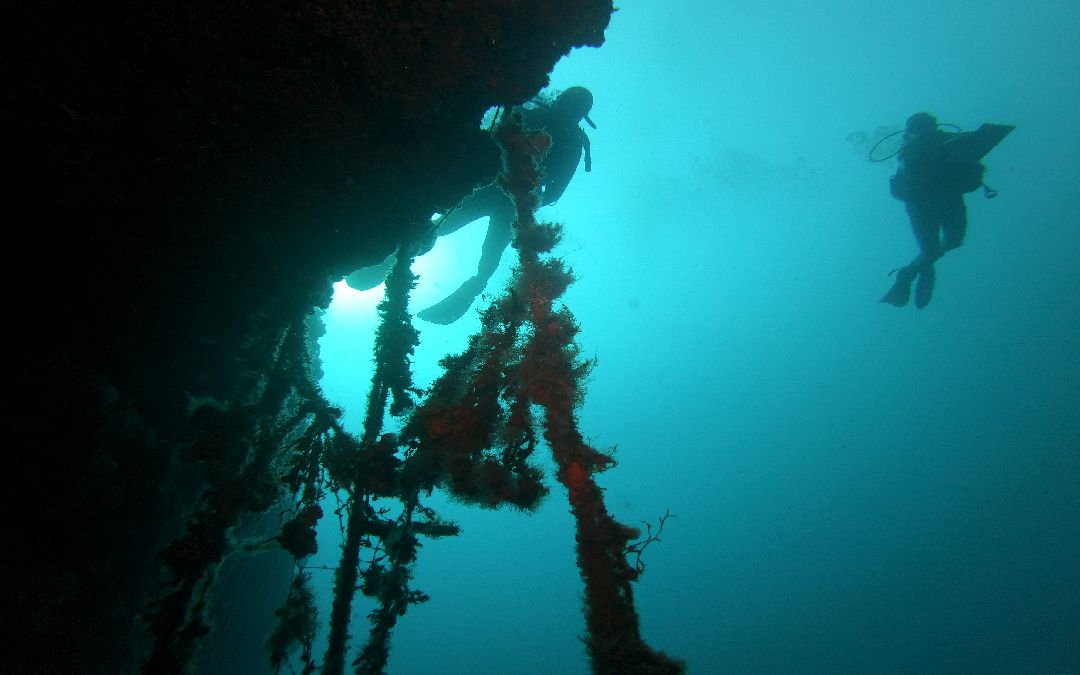 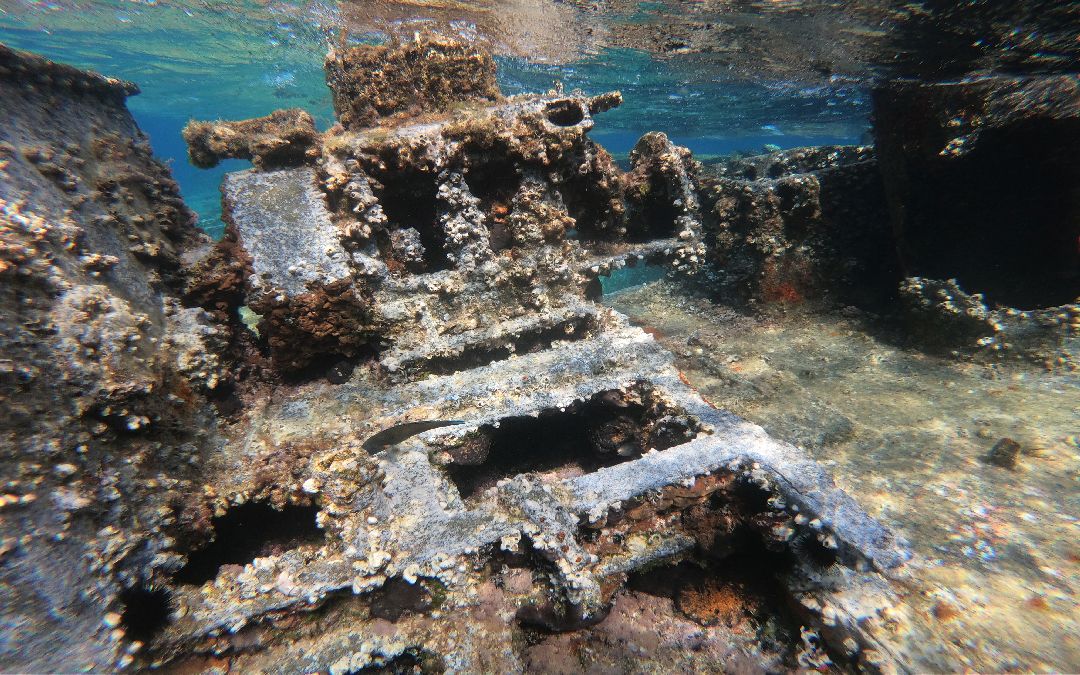