The meeting room measures 100 m2 and has three walls of glass that can be opened entirely. It is therefore a very bright space: cool in summer and pleasantly temperate in spring and autumn. It has a home cinema with a prior that can be used for meetings and conferences.The music group Dravograjski sekstet used the meeting room for rehearsals in anticipation of their annual concert.
The conference hall in Dugi otok has often been used by groups of university students from the University of Jena’s Institute of Biology for study and for their meetings.

These are difficult months also for the music choirs that have been an appreciated cultural activity since ancient times. The pandemic has temporarily silenced those who gathered to sing together, but while waiting for the return to normality we would like to remember the visit of the Dravograjski sekstet musical group that has visited us several times.
Dravograjski sekstet, this traditional folklore formation was born in 2013 in Slovenia, in the town of Dravograda from the meeting of Barbara Mrak and six brilliant singers. The vast repertoire of their songs includes Slovenian and Croatian folk music. The group is particularly famous for their typical Dalmatian songs. Once a year the group organizes a concert attended by about a thousand people.

For their preparation, the group has chosen several times to stay at the Gorgonia Apartments, where they have a large conference room in which they have found good conditions to practice.
https://www.gorgonia.hr/ 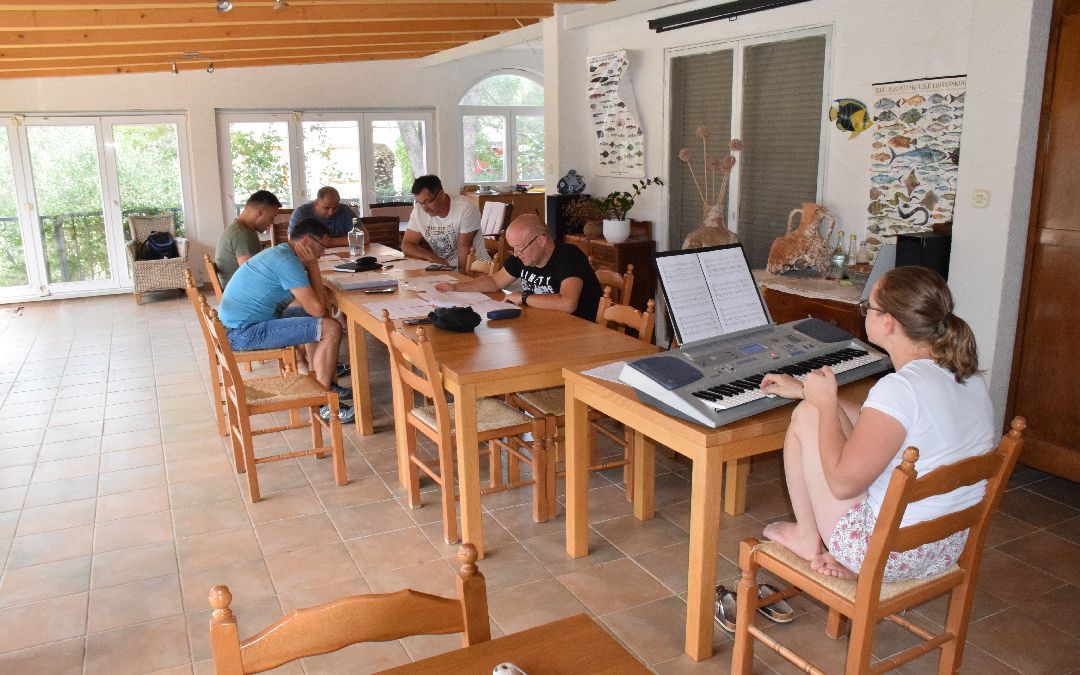 The music group Dravograjski sekstet shared with us the emotions of singing in a choir. Singing with other people means sharing moods by feeding and exchanging breath and energy. Singing in a choir causes joy by nourishing body and soul.
Before performing on stage it is important to do exercises. There is nothing better than being on the shore of the Adriatic Sea on the island of Dugi otok where you can gather to sing in the meeting room and then relax on the beach! https://www.gorgonia.hr/location/

In addition to the meeting room, at Gorgonia Apartments you have a grocery store, a restaurant facing the sea and comfortable apartments in Dugi otok of different sizes: from the studio to the large apartment with four bedrooms and three bathrooms. 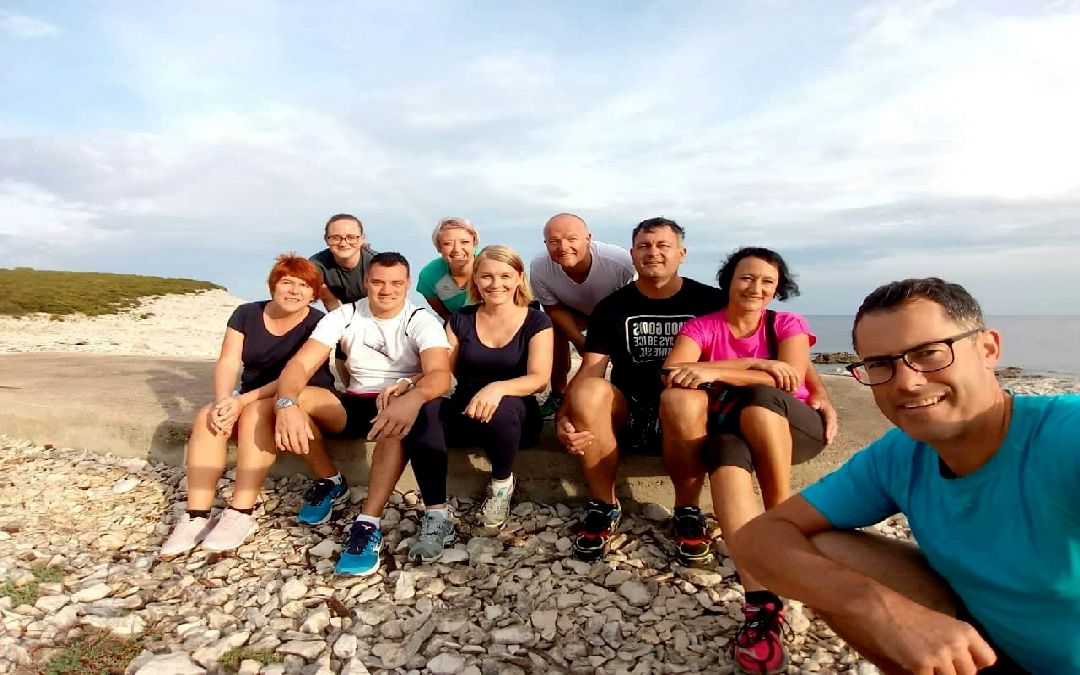 Croatia offers a great tradition of Dalmatian folk songs. The town of Zadar, on the Dalmatian coast, popular singing was widely practiced throughout the past century, based on the dialect of Zadar.
The theme that often recurs in these songs is love in all its forms. They speak of abandonment, delicate affection, passion, jealousy.
After the Second World War, which led to the destruction of the city of Zadar and the dispersion of a large part of its inhabitants, among the community of exiles the theme of nostalgia for the native land was born in songs of popular expression.
Already at the end of the 19th century numerous choral societies were born.

Dalmatian music groups are called “klape” and since 1967 the festival “The Dalmatian Klapas” has been organized annually and numerous bands have gathered there.
http://www.plavi-horizont.hr/en/article/27/festival-of-the-dalmatian-klapa 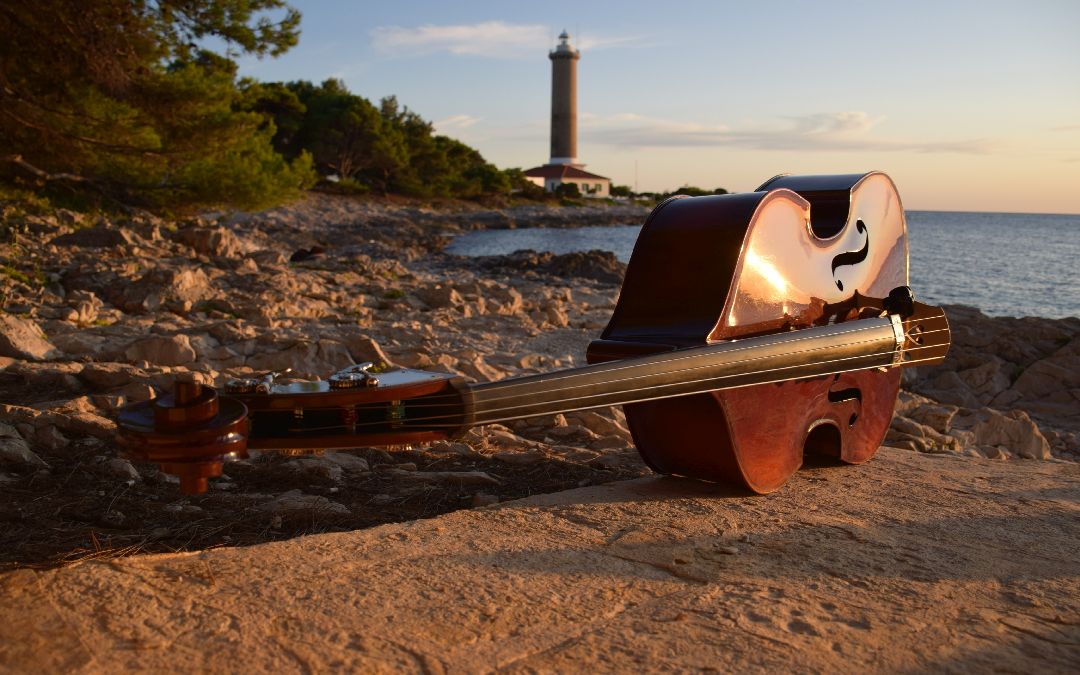 Where to hear Dalmatian music

We remember a pleasant evening when the choir Dravograjski sekstet shared with the guests of Grill Gorgonia the excellence of its singers. https://www.gorgonia.hr/gastronomy-3/
Every summer, on the first weekend in August, the village of Sali on the island of Dugi otok organizes a festival in which folk songs are the main event. The festival always ends with a donkey race by the sea and lots of laughs.
To get an idea of the festival and its progress:
https://www.zadar.hr/hr/dogadanja/saljske-uzance

The village of Sali can be reached in 40 minutes by car from the holiday apartments in Verunic.
Another opportunity to listen to the typical Dalmatian choirs is during the summer festivities in the villages: for the updated calendar, better to contact the tourist office at
http://www.dugiotok.hr/en/contact 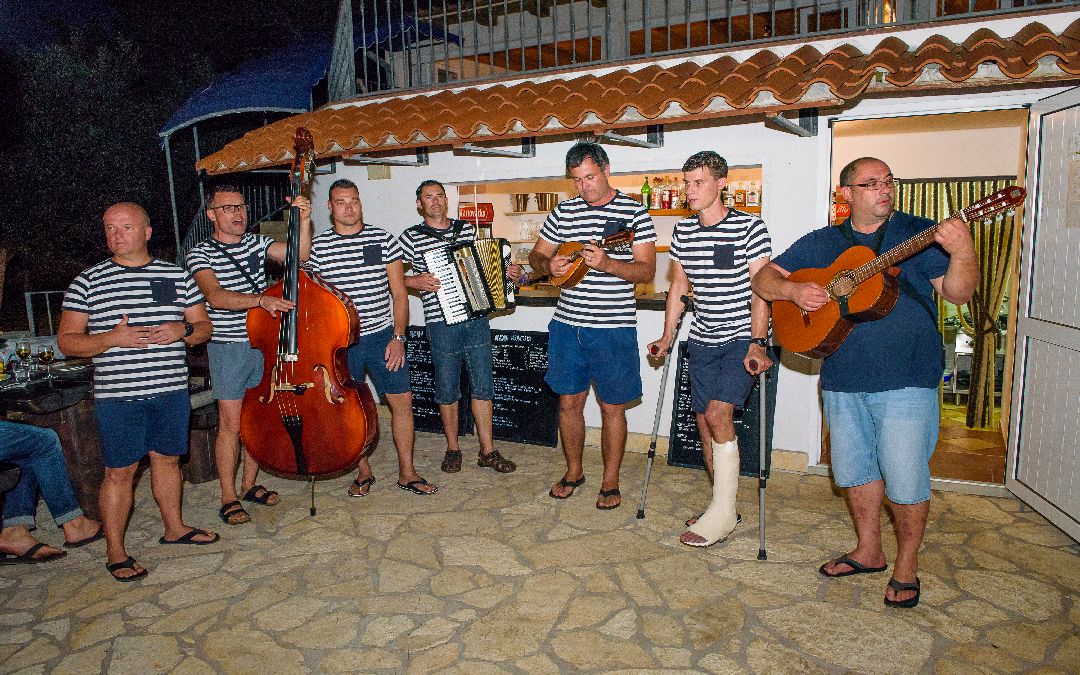 The choir Dravograjski sekstet immediately appears happy, nice and sincere.
After a lot of exercise in Dugi otok and moments of conviviality, it is time to sing in a choir for the people: singing live makes the emotions come alive and transmits them back to the audience.

You will be bewitched by the melodious voices and you will listen satisfied! 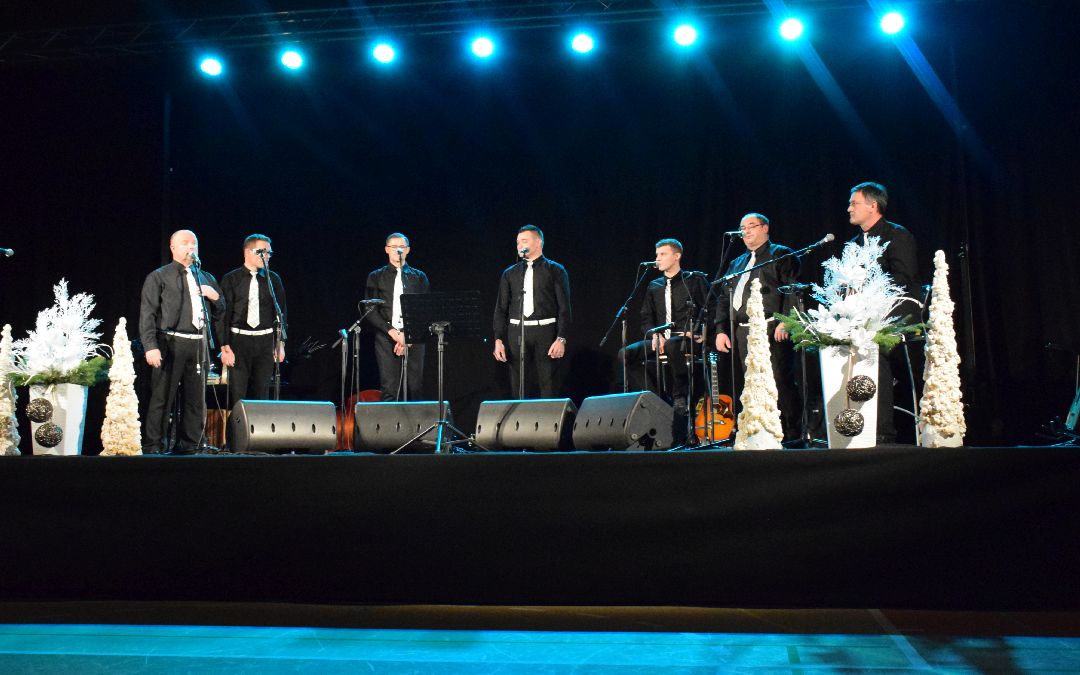