The beautiful bay at the lighthouse in Dugi otok was chosen as set for a very popular and widely used product in Croatia, a mixture of excellent herbs called « Vegeta». Podravka is the Croatian company that produces it.
The seasoning product Vegeta is exported to over 40 countries around the world.

The advertisment tells the story of a castaway arriving on an island (Dugi otok).
The man finds something to eat, but he is unhappy as the food has no taste.
On the island he looks and then finds aromatic herbs, he mixes them together; theses herbs are at the base of Vegeta’s recipe.
The castaway enjoys so much eating with these magnificent flavours that instead of choosing to be rescued by a passing ship, he keeps on eating and enjoying.

An hilarious advertisment for a delicious product!
The crew stayed at the Gorgonia apartments. 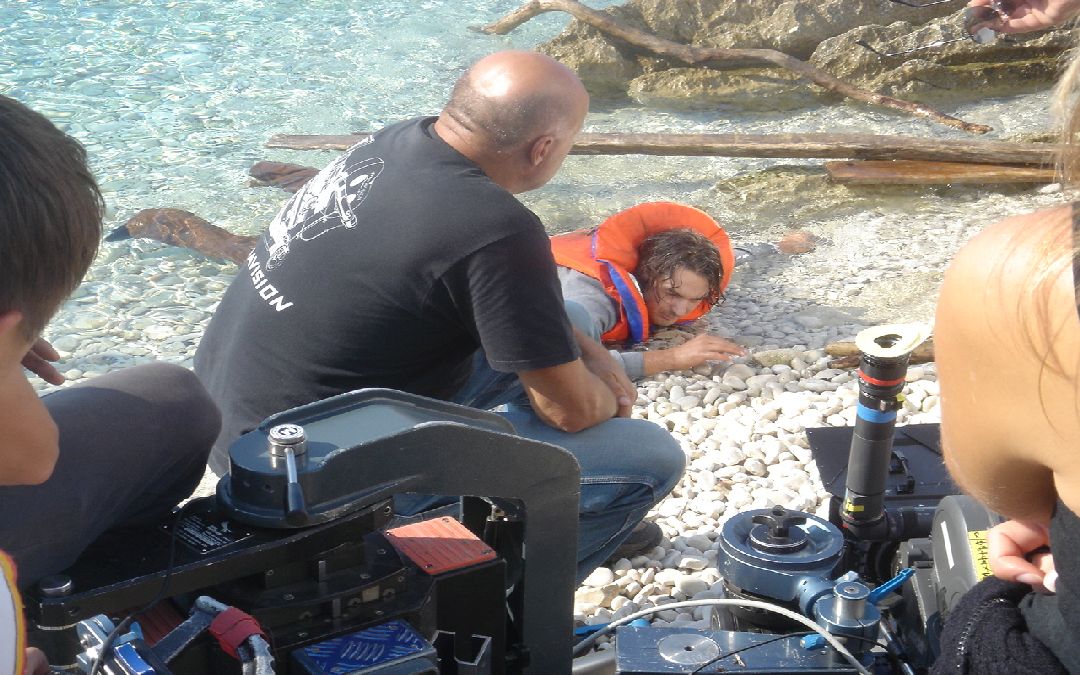 The scastaway lands on the island. 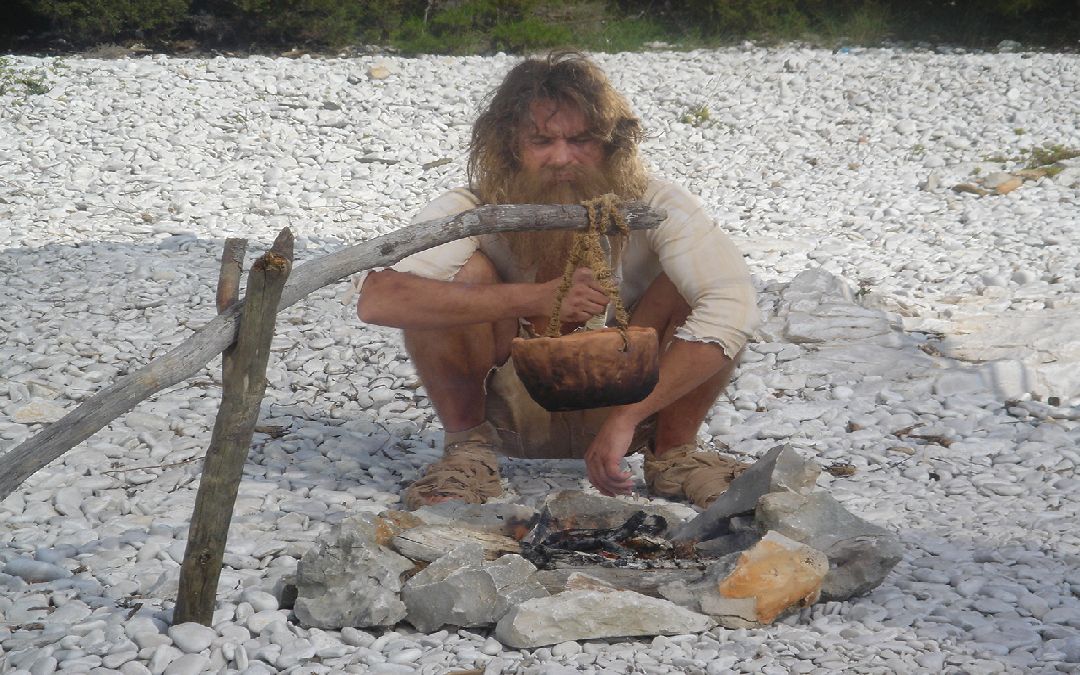 The castaway cooks, but the food is tasteless and the man unsatisfied. 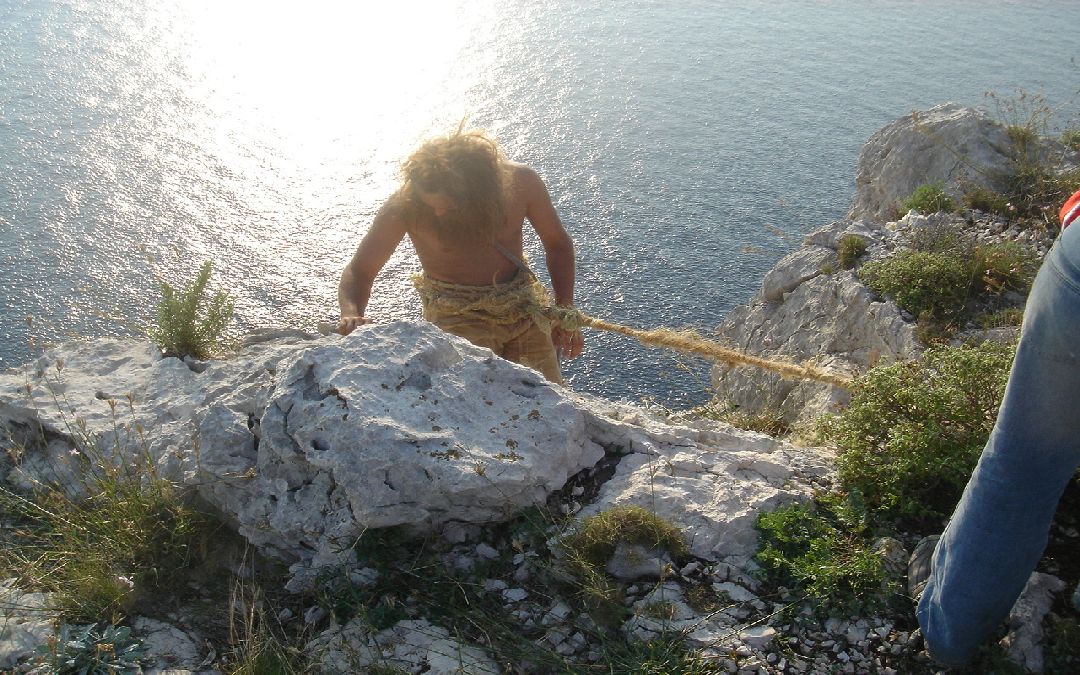 The man looks for spices on the rocks of Dugi otok… 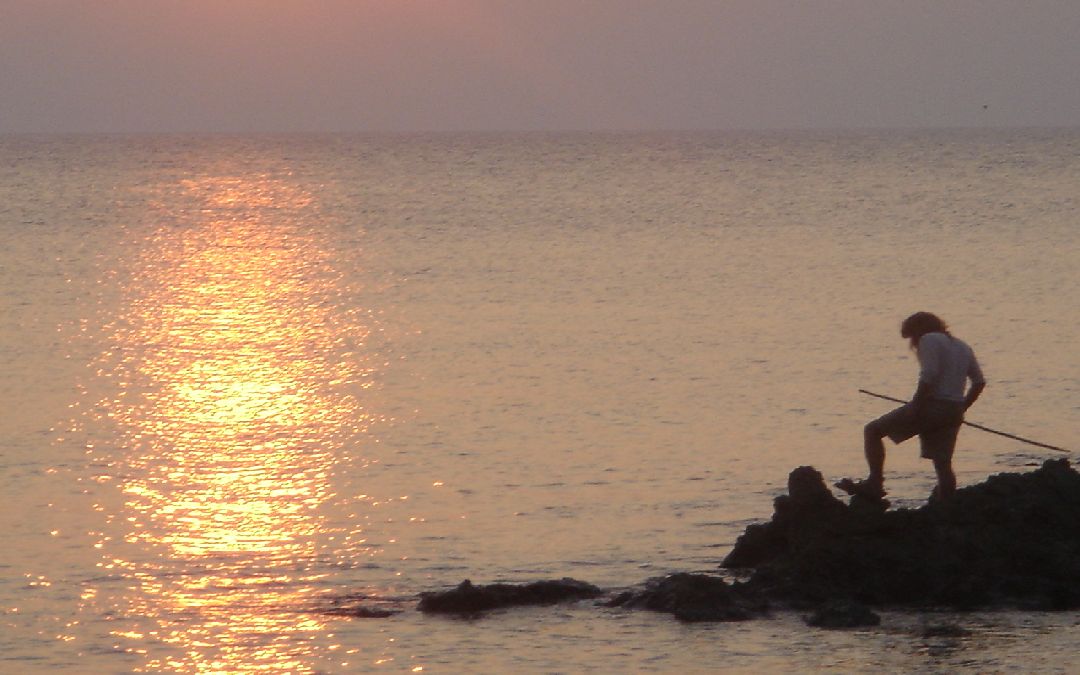 …and on the shore. 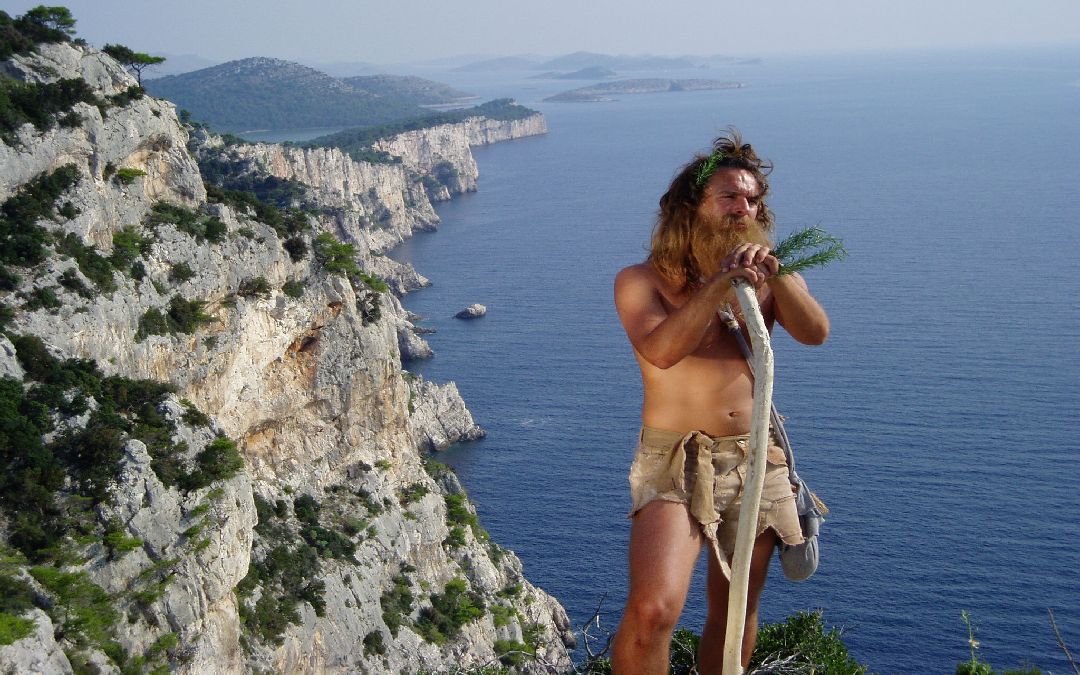 In the Mediterranean bush he identifies the herbs. 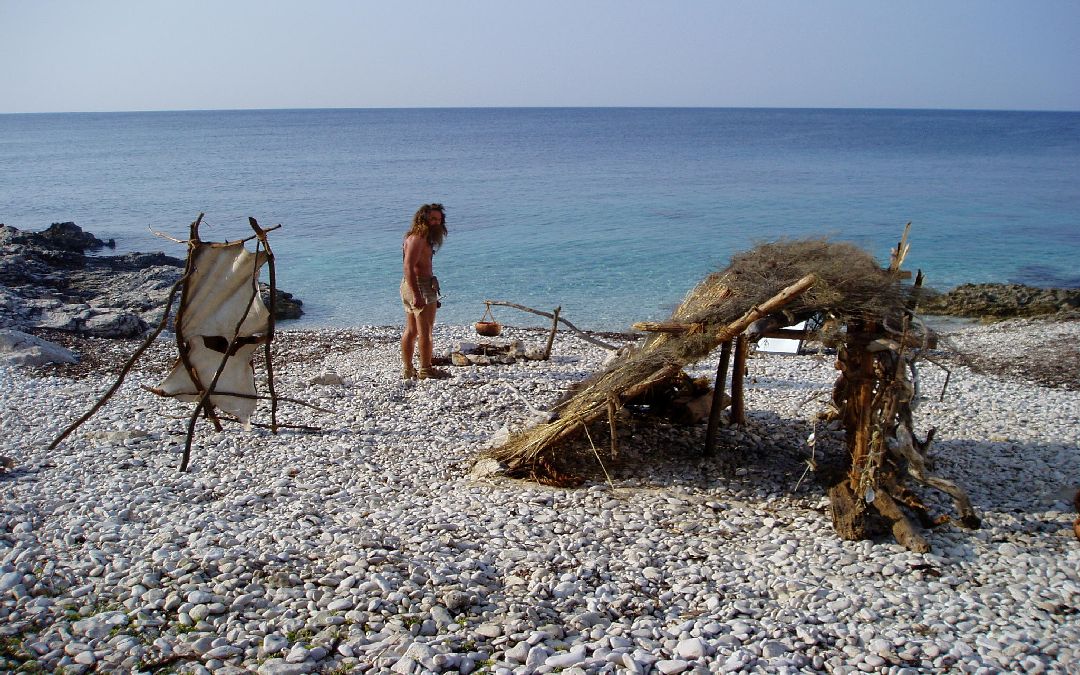 The casaway finds what he needs. 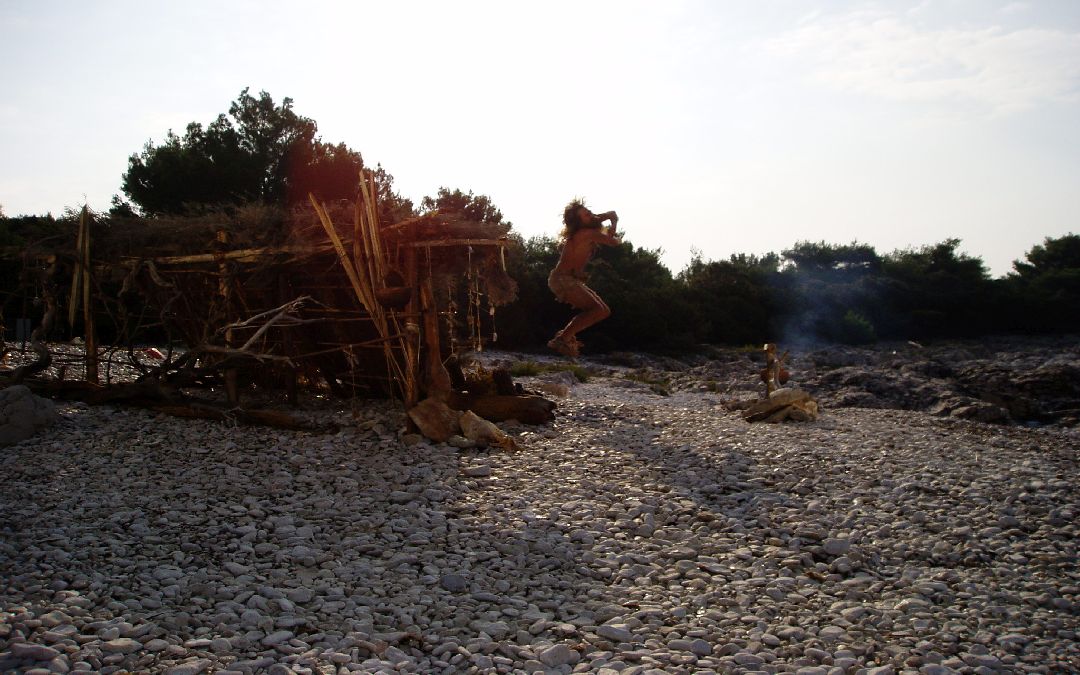 Happiness is extreme: the castaway has found the mixture of the aromatic herbs, the recipe of Vegeta.
Now he has no more wish to leave the island! 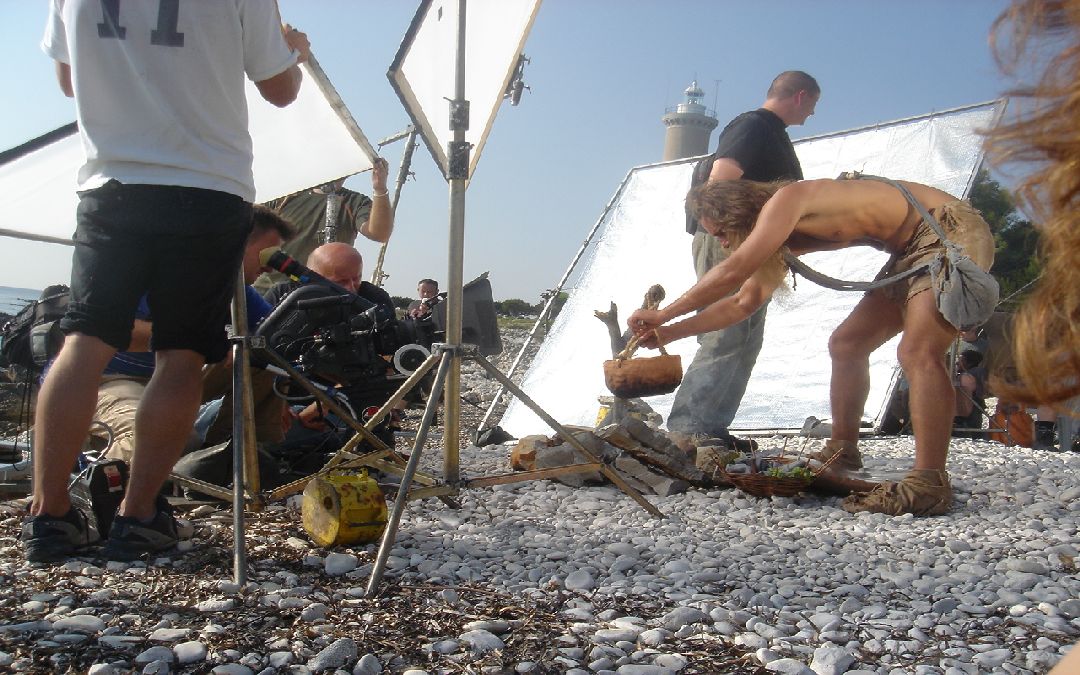 The Team at work. 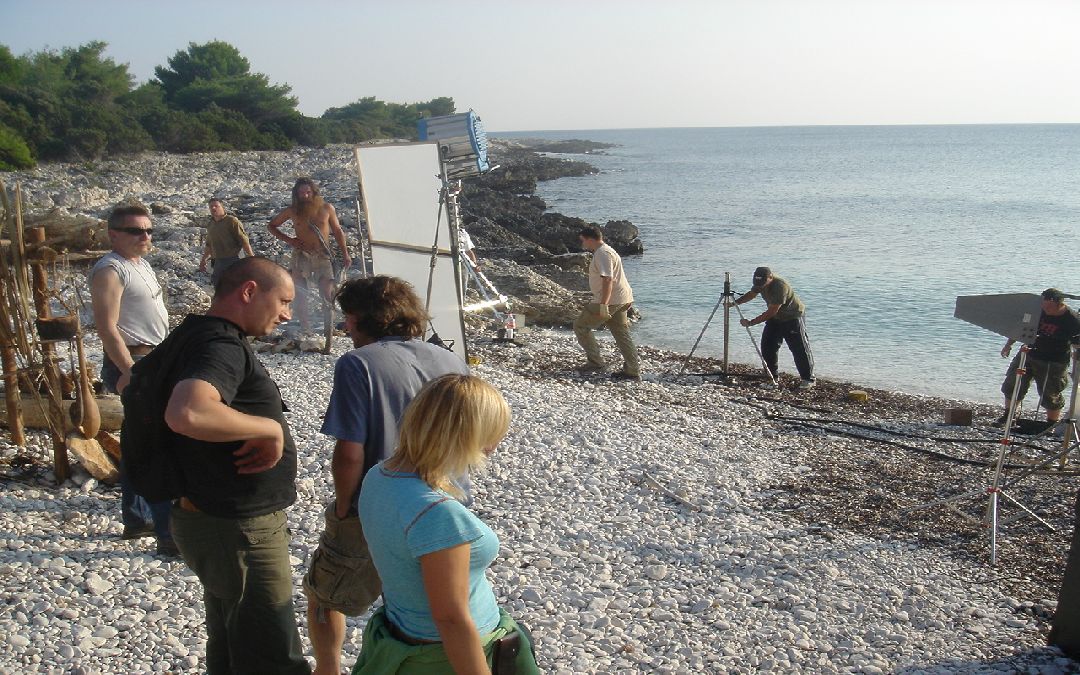 In the far north of Dugi otok there is the lighthouse, the highest in Croatia. It is 42 meters high and was built in 1849 by the Austro-Hungarian Empire.

The special thing about it, is that it was built using 100 000 gull eggs from the surrounding area. The purpose was to build an elastic and durable plaster. The Austro-Hungarians managed to do it as for 150 years the facade is in perfect condition !

All the lighthouses built on the croatian costs by the Empire are situated in such a way, that one lighthouse is always visible during the navigation : for example, when the lighthouse on the island of Premuda is no longer visible, appears the one on Dugi otok.

The lights of these lighthouses were of fundamental importance for safe navigation before the invention of modern board instruments.

The Dugi otok lighthouse has still today its guardian, despite the advanced technology !  A family lives inside it all year round to ensures that everything works.

From the top there is a breathtaking view: after days of bora winds the view gets to the Mount Conero near to Ancona, which is 60 miles away.

In the courtyard in front of the lighthouse there is the chapel of St. Nicholas in which weddings are organized offering a special setting.

The Austro-Hungarians also organized a path through the pine trees, which today looks like a nice 200 metres long gallery of pines. This route connects the lighthouse to the pier. 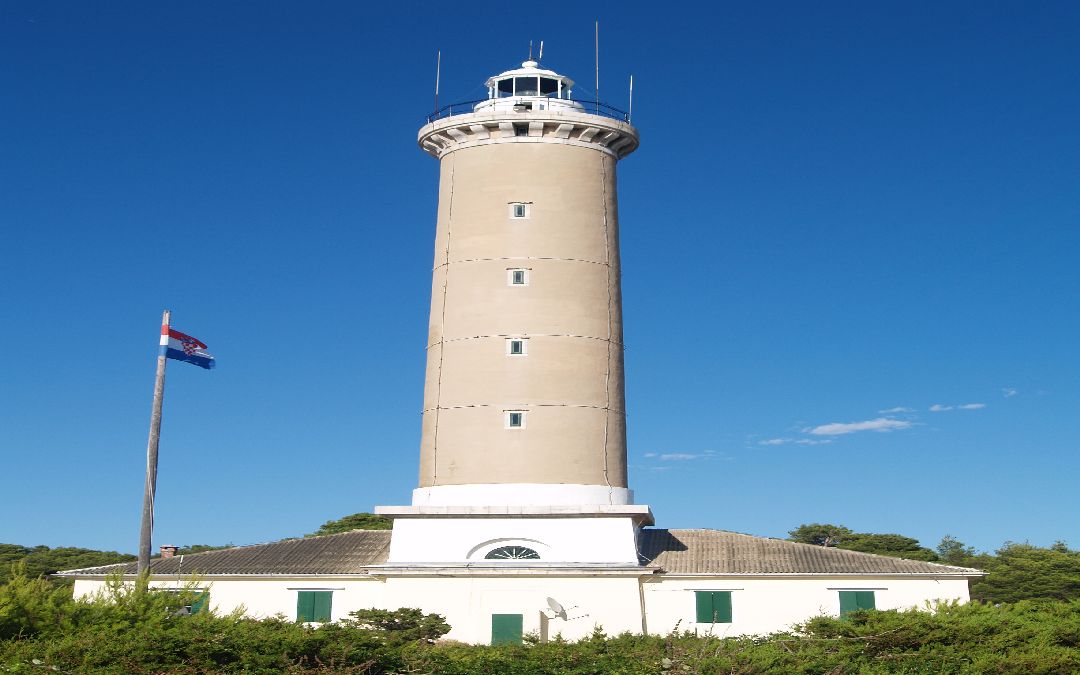 Every house in Dugi otok collects rainwater in their cisterns since there are no rivers and lakes on the island.
Any house and holiday apartment in Dugi otok is built slightly raised from the ground so that every drop of rainwater can be gathered underneath.
There is also a cistern ship, which brings the precious water to the island in the summer months. The water is transported in a huge container ship.
The ship leaves from Zadar and docks at the pier in the village of Veli rat. From there, some men bring the water with floating pipes and powerful pumps to every apartment in the village Verunic.

The communal tank of the village is filled first so that every villager has the right to supply in case of emergency. This water is also used in case of a fire in the surroundings. If there is any water left, it is pumped into the villagers’ private cisterns. 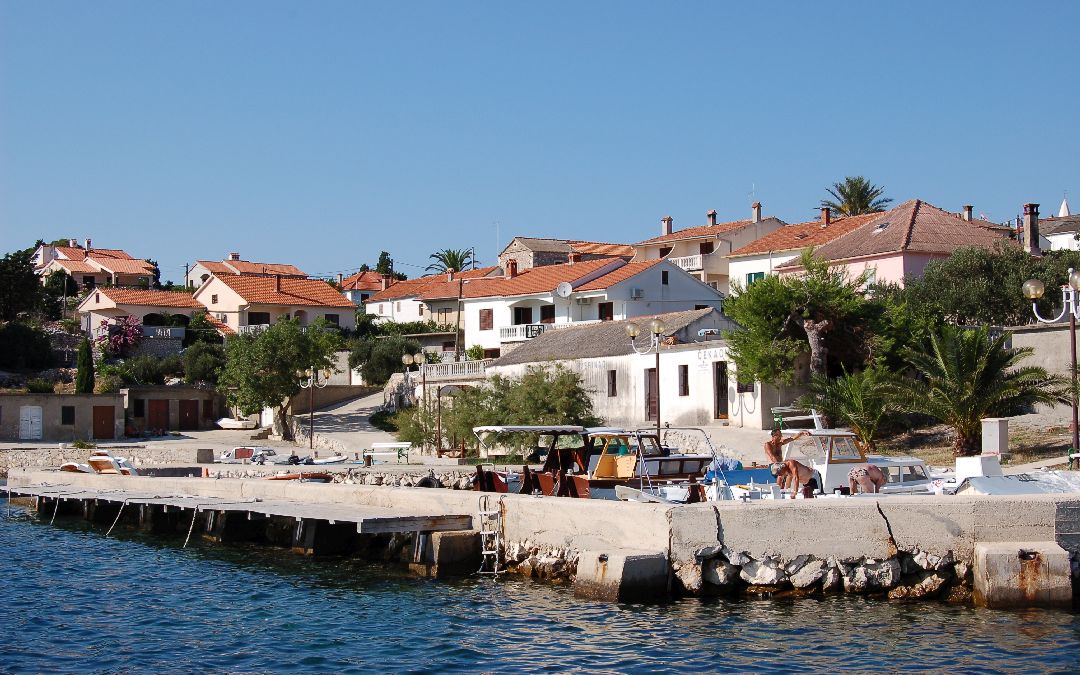 Venetian, a roman language, began to be spoken throughout Dalmatia, with the conquests of the Republic of Venice in the 18th century.

Today Dalmatian is a Croatian dialect spoken by the inhabitants of Dalmatia. There are Venetian, Italian and of course Croatian words.

For example, the inhabitants of the village of VERUNIC still call their village VERONA, as the nice italian town. 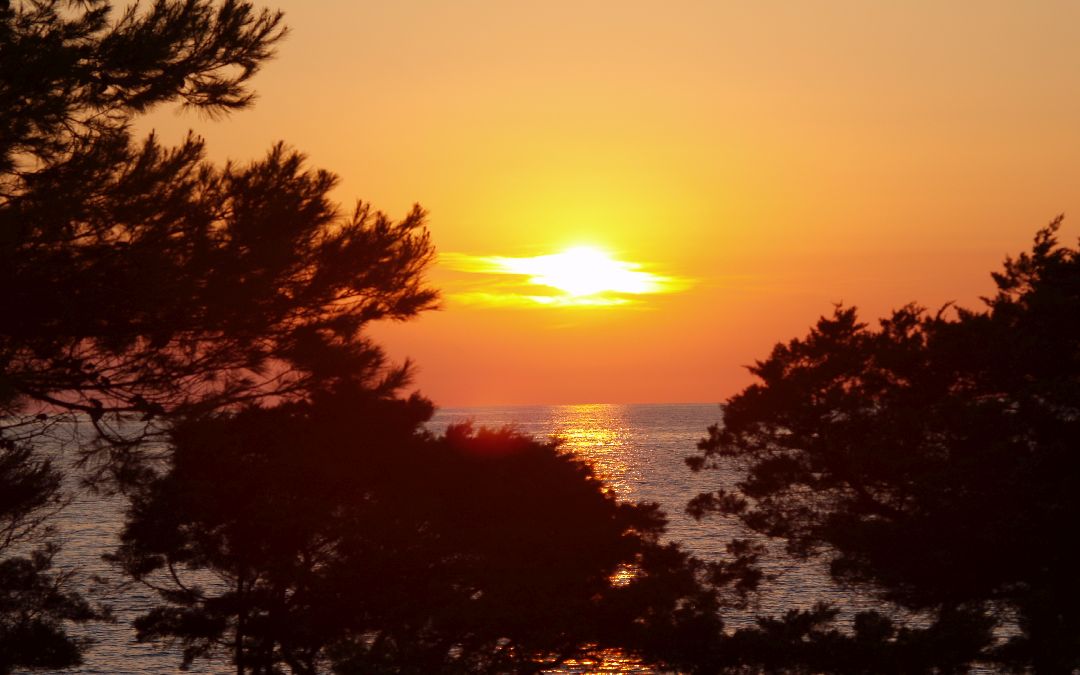 5. FUNNY NAMES OF THE CROATIAN ISLANDS

It was in those years that the Austro-Hungarians, redrawing the nautical charts of the area, asked the locals for the names of the islands. The locals replied with funny words. The names they called the islands can still be seen on nautical charts today.
Small islands south of Dugi otok are for exaple called “Babina guzica” (grandmother’s butt), “Vela kurba” (big whore) and mala kurba (small whore). 😀 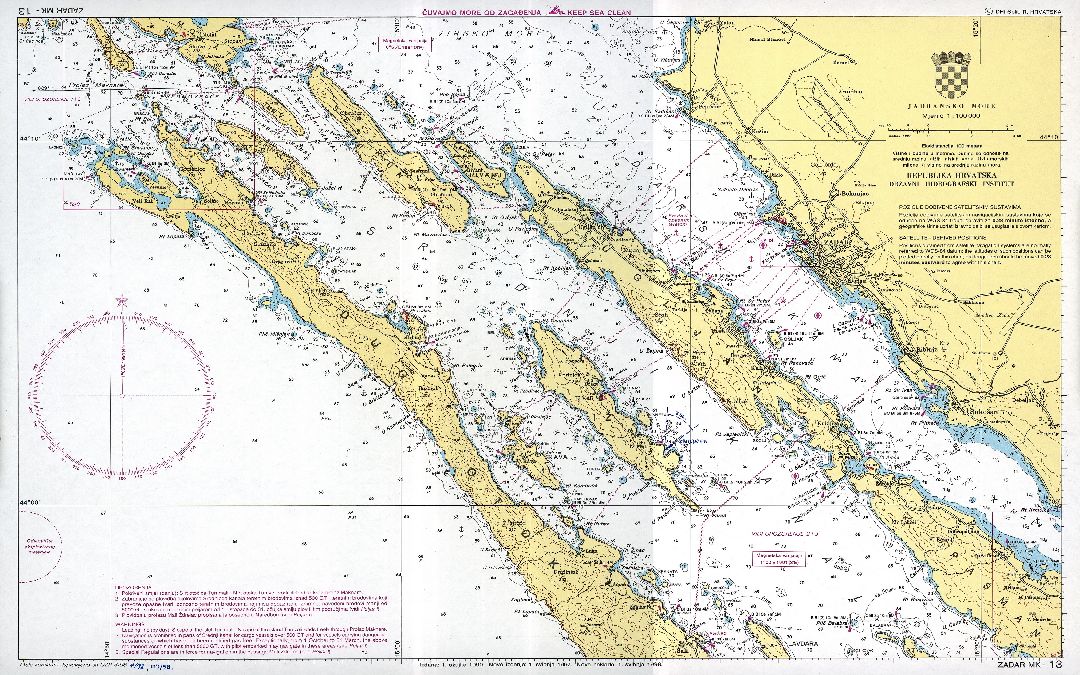