We invite you to come in May, to see the island in bloom and enjoy the spectacle of the nature! You could spend pleasant days practicing Nordic Walking or mountain biking among colors and scents in an oasis of peace.

On the whole island of Dugi otok there are many plants.
The fruits ripen between September and October. The villagers pick the olives and take them to the oil mills. This long tradition has been handed down through generations and in recent decades it has regained momentum.

There are centuries-old olive trees on the island and the importance of olive oil has always been fundamental to the local cuisine.
Still today the pressing is done cold, without modern machinery through a round stone and a hydraulic press. Everything is done in the “old way”.
The oil obtained in this way maintains incredible organoleptic substances and has an exceptional aroma and taste. Dishes such as fish and vegetables seasoned with this oil give the food a wonderful aroma.

We suggest to visit Dugi and to participate in the harvest and watch the oil being made this way.

It is from ancient times that this tree is known for its fleshy, sweet and highly energetic late summer fruits.  In Dugi otok figs are eaten both raw and dried. Someone loves making delicious jams.

It is very tasty to combine this fruit with hard cheese and a glass of red wine. Figs are also combined with delicious chocolate desserts.

What a delicacy of nature! 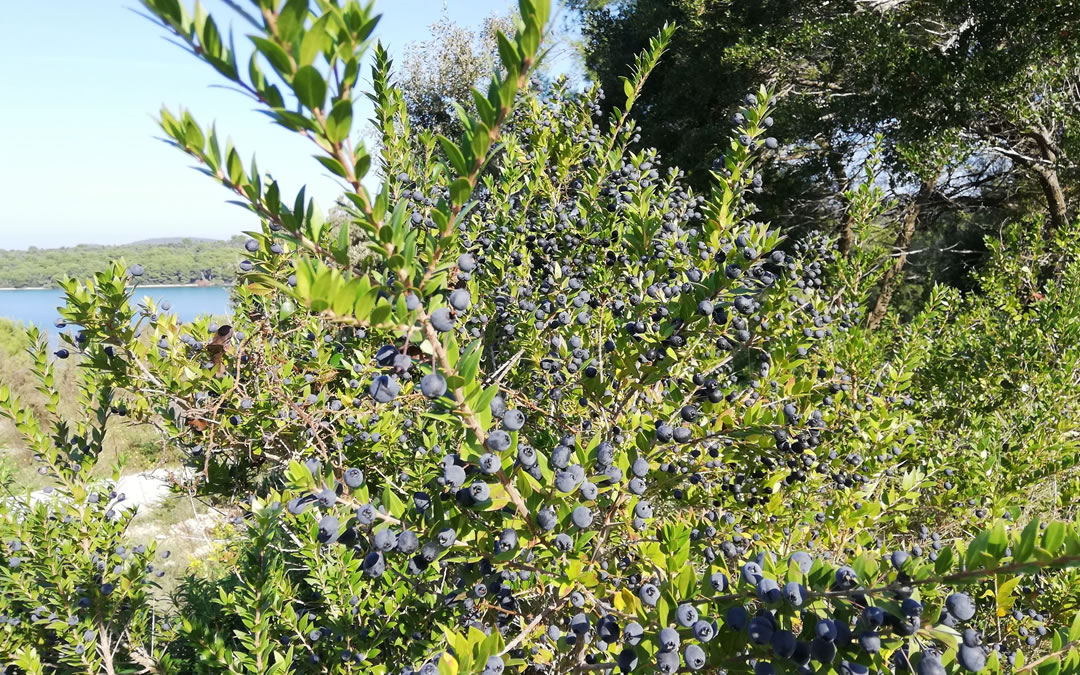 Myrtle is the typical shrub of the Mediterranean area. You can find it everywhere in Dugi otok, for example along the road to Sakarun beach. It looks like a rather dense bush, with many branches. The plant is aromatic and has a very pleasant smell. The berries are dark blue. In some Mediterranean countries it is used to make a tasty liqueur called “Mirto”. In Dugi otok it is not the custom, but a some twigs are used to be added to the cooking of meat.

In the Middle Ages, its berries were used for medicinal purposes: distilled water from myrtle flowers was called “the water of angels”.

Wild sage in Dugi otok grows everywhere, especially along the road from Verunic to Brbinj.

The flowers are purple blue and are in bloom from April to October. The plant prefers sunny and dry places and for this reason Dugi otok offers a favorable environment. You can even see it on the sheer cliffs of Telasica!

The locals use it to make infusions, to treat digestive problems and coughs. In kitchens it is used as an aromatic herb to flavour meat or potato dishes. 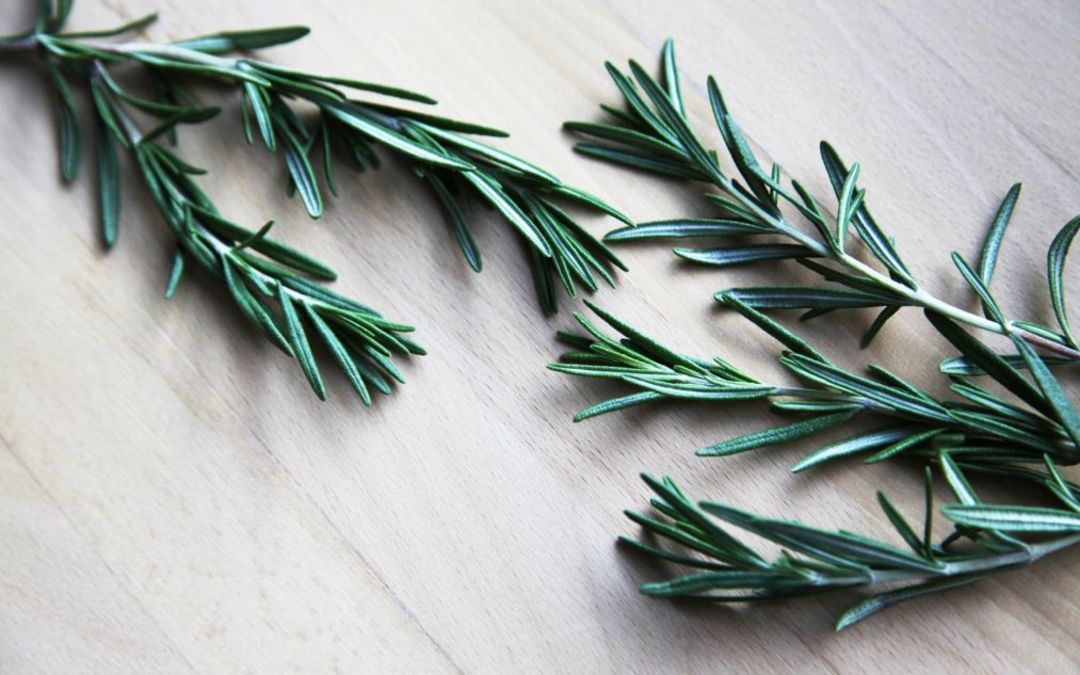 This aromatic herb really grows everywhere on Long Island! It is a rustic plant and does not struggle to grow on the rocky soils of Dugi otok. It has been used for thousands of years in gastronomy. In Dugi otok in the village Verunic is produced a  very sweet honey made of rosemary and sage.

In the kitchen it is used to flavour meat, but also fish. Private houses tend to use this plant to make hedges around their properties. 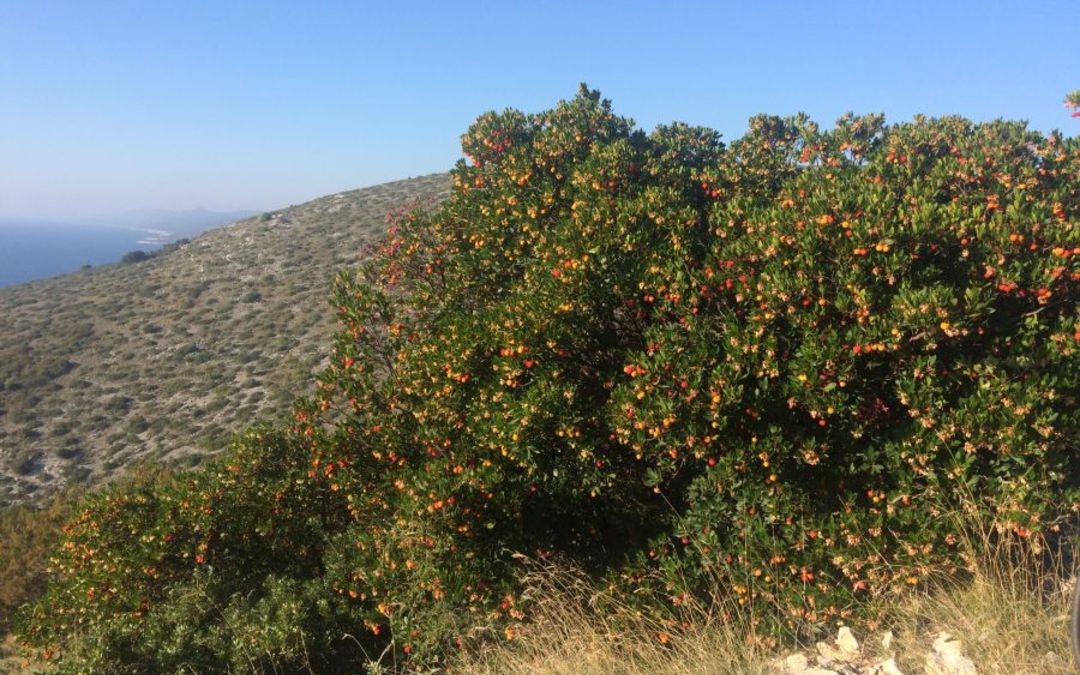 The strawberry tree is a plant already known to the Romans for its medical properties.
Today it is known as a natural remedy against dysentery and for its antioxidant properties. The tree is evergreen and reaches a maximum height of eight meters. On the island there are many, especially on the road to Veli Zal Beach: its fruits ripen in autumn.
The inhabitants of Dugi otok use to pick the fruits to make a delicious jam!

For a few decades the tree has been used as an ornamental plant to decorate the gardens of private homes. 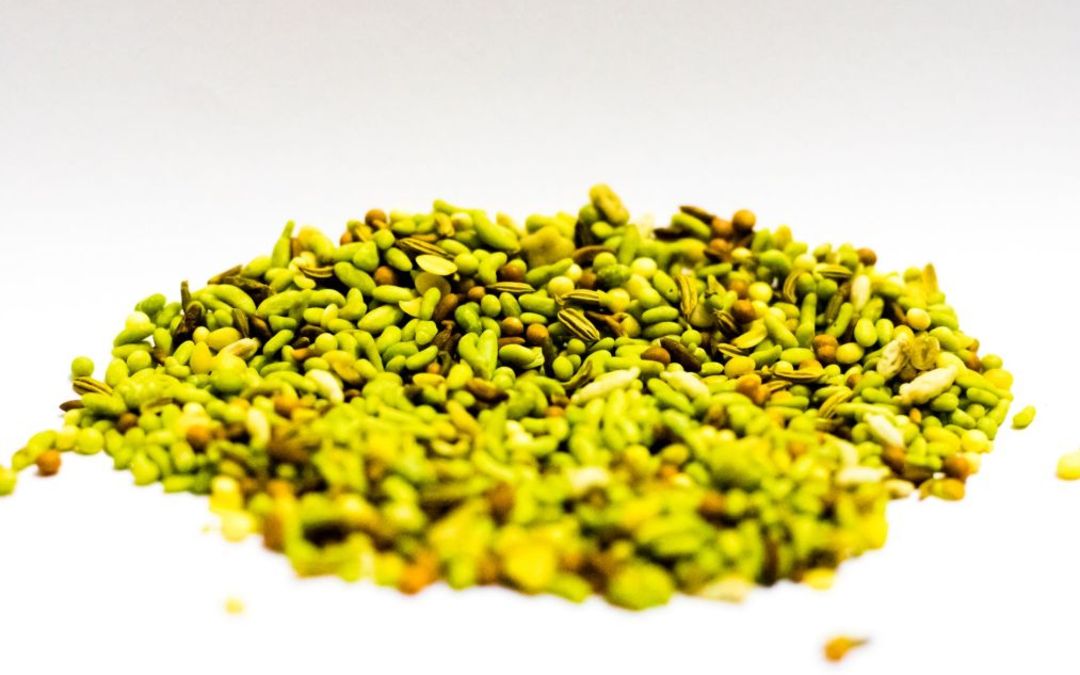 This aromatic plant grows along the paths of Dugi otok. Iif you walk for example along the main road in the village of Verunic, you will come across of several.

Fennel is a very popular ingredient in the kitchen. It matches well with meat and fish dishes, releasing its aromatic taste.

The leaves are used to make purifying herbal tea.

The plant is in bloom from April to June. It can be found all over Dugi otok, for example at Sakarun Beach or on the cliffs of Polije. The plant has a long stem and the top is rounded; it has the typical scent of garlic.
The Egyptians already knew this plant and esteemed its virtues.

The bulbs are still used in the kitchen: they have a less intense taste and smell than the garlic bought in the supermarket. 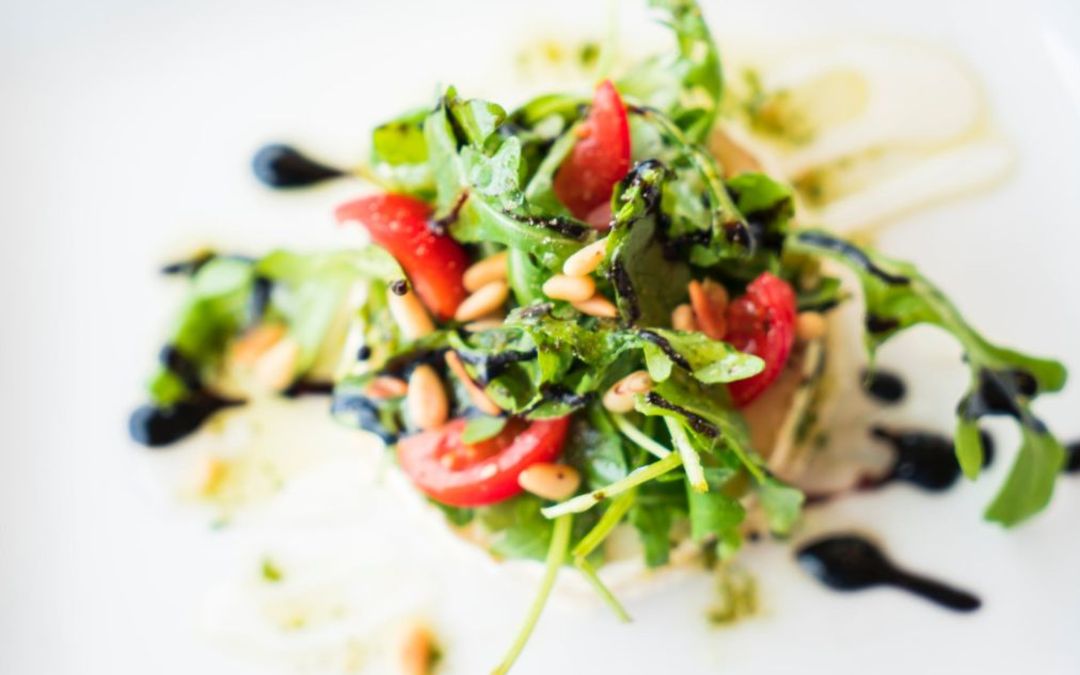 Wild rocket salad grows everywhere in Dugi otok. For example there is a lot near to Gorgonia Apartments in Verunic! This plant has been known since ancient times for its beneficial health properties and seems even to be an aphrodisiac.
The leaf has a more intense taste than the rocket salad that we are used to buy in the supermarket.

In Dugi otok it is appreciated with sliced hard cheese, or with some slice of ham, or seasoned as a salad. The infusions of this herb are useful to calm coughs and bronchitis. 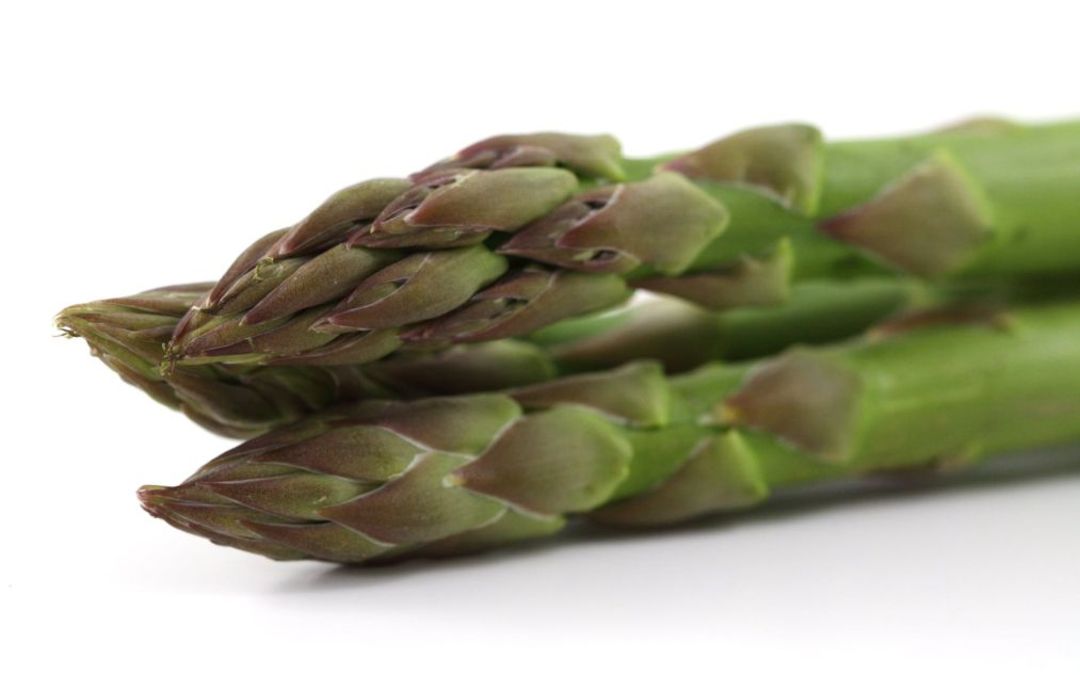 The wild aspargus grows in the fields in spring. The inhabitants of Dugi otok compete in the search as they are fond of them. In the late afternoon they are all around the fields looking for these seedlings. It is not so easy to find them: you need to take a good eye!

The wild asparagus from Dugi otok is best eaten with eggs. Some love to prepare a delicious sauce with olive oil and bacon: it is perfect with a pasta dish!